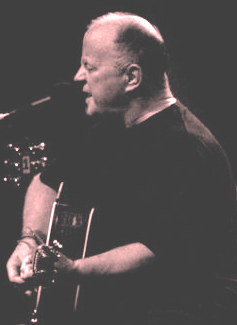 Many Jewish sites are covering the issue of Dylan, Israel and the Stones and there are Irish singers who are paying notice, some who Deane has signed up, but they signed up to BDS through having lies spun to them, or at the very least a lying historical narrative, due to the absence of our movement in Ireland (which we will put rights pretty dammed soon!)

Frontpagemag and other friends of Israel have drawn attention to Neighbourhood Bully which Dylan penned ages ago.

Well, he knocked out a lynch mob, he was criticized

Old women condemned him, said he should apologize.

Then he destroyed a bomb factory, nobody was glad

The bombs were meant for him. He was supposed to feel bad

So this little story shouldn’t come as much of a surprise.

While the BDS movement and Pink Floyd’s execrable Roger Waters tried to intimidate the Stones into cancelling their stop in Tel Aviv, one artist was clear-sighted and noble, and encouraged them to go there.

Ronnie Wood, guitarist for The Rolling Stones, revealed Monday that Bob Dylan put the idea in the Stones’ circle to include Israel as a tour stop.

In an interview with Channel 2 in response to written questions ahead of the Stones’ Israel debut on June 4, Wood said that one time after seeing Dylan perform, the singer made the suggestion.

He was coming offstage and said “we’re going to Tel Aviv.” He had a big smile on his face, and he said he loved it there,” said Wood. “I said, we’ve never been there, so we’ll have to go play there one day, so there you go.”

And Roger Waters loses again. Dylan got more done in one line than Waters did in years. That’s true of more than just this.

As 4international sets out in Ireland to win the Irish working class, and youth, to socialism and to defence of the Jews and Israel, against the Fascism of Islam (Boko Haram as an example among many) singers like Christy Moore just cannot avoid the position of the Stones and of Dylan.  I mean Dylan especially is part and parcel of Christy Moore, more important of course in that Dylan is more universal, but Christy and Bob are both supreme story tellers.

I think it is a huge blow struck against Waters and Deane.