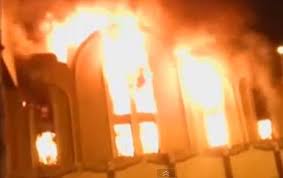 http://www.4international.me takes the political position of backing the military gpvernment of el Sisi in Egypt in its suppression of the Muslim Brotherhood and in its suppression also of Al Jazeera includingm and we stress thism the jailing of its journalists. We do so against ALL “Left” groups on the planet and against American and EU Imperialisms. In backing el Sisi and in urging the suppression totally of the Muslim Brotherhood we are also opposed to all “Human” Rights Groups. We cannot help but note how spineless and opportunist is Netanyahu and all Israeli leaders on the issue.

These are some points to consider:

WE MAKE FURTHER POINTS WITH NOTES ADDED FOR YOUR FURTHER READING

Greste was arrested in December of 2013. The office of Al Jazeera in Cairo was closed down in July 2013. The Prosecution against Greste and two others included the relevant point that they had no accreditation. If the military government had closed down the office in July what was Geste doing in Cairo with a full operation going on in a hotel in December? (see note 1)

4international has read all of the attacks on el Sisi for the jailing of Greste. But the jailing of Greste is not a thing in itself, an abstract issue of “democracy” because the real issue is that Greste was working for Al Jazeera, and that Al Jazeera is NOT a normal news service, but was engaged in the war of the Muslim Brotherhood against the Egyptian people and especially against Egyptian women and non Muslims such as the Coptic Christians. THAT was the issue in the trial and sentencing of Greste.  (see note 2)

The Reuters article on the jailing of Greste is full of all the condemnations of the British, the Dutch, the Americans, Human Rights Watch and the UN. Those condemnations by THOSE tyrants should be enough to tell us that el Sisi is on the right tracks in suppressing Al Jazeera. If all those are on the side of Greste and against el Sisi then we can conclude that el Sisi is on the right track here. But more seriously, the whole of the lies of the ruling establishments concerning Islam are being challenged by the brave el Sisi (see note 3)

In fact the conclusion of el Sisi and the great majority of the Egyptians who elected el Sisi was that Al Jazeera was helping a terrorist organization. That is irrefutable! (see note 4)

Israelis Jews and all freedom lovers, but not the present “Left” or the BBC who are not freedom lovers, will take careful note of the position of those like Obama and Kerry leading American Imperialism especially (see note 5)

If Jews are to survive in this world today of deepening economic and political crisis and conflict with growing Antisemitismm and Fascist forces on the “Left”, as well as deep Antisemitic forces in US and EU Imperialisms, then it needs a courageous leadership. On the issue of support  for el Sisi Jewish leaders are cowardly. The Jewish leaders as they stand at present are political cowards, as cowardly as the Jewish leaders who were not prepared to ram home their victory in 1967, after they the Jews had been fighting a war for their very survival, a defensive war against the Muslim Brotherhood. Now their support for el Sisi if you could call it support is niggardly. You will find that every one of these Jewish leaders do not oppose el Sisi but they do not support him either. In fact against the Muslim Brothers the support of the Jews in the whole world should be unconditional. The best formula is a critical support for el Sisi but against the Muslim Brotherhood it is unconditional support (see note 6)

NOTE 1…Greste was arrested in Cairo with colleagues at the end of December 2013. The interior ministry said the journalists were accused of news reporting which was “damaging to national security”.[9] Greste was imprisoned in Egypt in solitary confinement for a month before any formal charges were made.[10] On 29 January, it emerged that the Egyptian authorities were to charge 20 Al Jazeera journalists, including Greste, of falsifying news and having a negative impact on overseas perceptions of the country.[11] His colleagues, Mohamed Fadel Fahmy and Baher Mohamed, are also imprisoned; the three men were being held in the same cell in early February 2014.[12] The United Nations High Commissioner for Human Rights has urged the authorities in Egypt to “promptly release” the Al Jazeera staff they are holding in custody.[2]

On 21 February, Greste was refused bail and had his court case adjourned until 5 March.[13]

On 31 March, he and co-defendants Mohammed Fahmy and Baher Mohammed made a request to a judge during a hearing to be released. [3] During the hearing Greste told the judge: “The idea that I could have an association with the Muslim Brotherhood is frankly preposterous.”[3]

On 23 June, Greste was found guilty by the court, and sentenced to seven years in prison. Mohammed Fahmy also received seven years and Baher Mohammed received a sentence of ten years in prison.[14] International reaction was swift and negative. U.S. Secretary of State John Kerry was highly critical of the sentences of Greste and his co-workers, terming them “chilling and draconian” and noted he had spoken to Egyptian governmental officials including President Abdul Fattah al-Sisi.

NOTE 2…Many Egyptians see Al Jazeera as a force determined to destabilise the country, a view that has been encouraged in the local media, which has labelled the journalists “The Marriott Cell” because they worked from a hotel of the U.S.-based chain.

A video that appeared on a pro-government channel and spread online, reinforced the view that the journalists had sinister intents, showing their arrest in their hotel room, with close-ups of their computers, cameras and communications equipment.

Al Jazeera’s Cairo offices have been closed since July 3 when security forces raided them hours after Mursi was ousted. Criticism of the government and army has virtually vanished from Egyptian media since then.

NOTE 3…One Dutch woman and two Britons were sentenced to 10 years in absentia on the same charges of aiding a “terrorist group”.

Judicial sources told Reuters the verdicts could be appealed before a higher court and a pardon was still possible.

Western governments and rights groups have voiced concern over freedom of expression in Egypt since Mursi was ousted. The crackdown has reinforced doubts about Egypt’s democratic credentials three years after an uprising toppled Hosni Mubarak and raised hopes of greater freedoms.

The case comes after a similar outcry over mass death sentences being handed down to Brotherhood supporters.

“Egypt’s reputation, and especially the reputation of its judiciary as an independent institution, are at stake,” U.N. human rights chief Navi Pillay said. “There is a risk that miscarriage of justice is becoming the norm in Egypt.”

Britain, whose ambassador attended the hearing, said it was summoning the Egyptian ambassador to protest.

“Freedom of the press is a cornerstone of a stable and prosperous society,” Foreign Secretary William Hague said.

The Dutch foreign minister also summoned Egypt’s ambassador. Australian Foreign Minister Julie Bishop said her government was “deeply dismayed that any sentence was imposed” and was “appalled by the severity of it”.

Human Rights Watch said: “These… verdicts are a stark admission that in today’s Egypt, simply practicing professional journalism is a crime and that the new constitution’s guarantees of free expression are not worth the paper they are written on.”

Egyptian officials have said the case is not about freedom of expression and that the journalists raised suspicions by operating without proper accreditation.

NOTE 4…Three Al Jazeera journalists were jailed for seven years each by an Egyptian judge on Monday, in what Washington called “chilling, draconian sentences” that must be reversed.

Cairo defended the journalists’ convictions – for aiding a “terrorist organisation” – and rejected the widespread condemnation as “interference in its internal affairs”.

The third defendant, Egyptian producer Baher Mohamed, was given an extra three years for possessing a single bullet, at the hearing attended by Western diplomats, some of whose governments summoned Egypt’s ambassadors over the case.

The men have been held at Egypt’s notorious Tora Prison for six months, with the case becoming a rallying point for rights groups and news organisations around the world.

They were detained in late December and charged with helping “a terrorist group” – a reference to the Muslim brotherhood – by broadcasting lies that harmed national security and supplying money, equipment and information to a group of Egyptians.

The Brotherhood was banned and declared a terrorist group after the army deposed elected Islamist president Mohamed Mursi in July following mass protests against his rule. The Brotherhood says it is a peaceful organisation.

Al Jazeera, whose Qatari owners back the Brotherhood and have been at odds with Egypt’s leadership, said the ruling defied “logic, sense and any semblance of justice”. “There is only one sensible outcome now. For the verdict to be overturned, and justice to be recognised by Egypt,” Al Jazeera English managing director Al Anstey said in a statement.

The ruling came a day after U.S. Secretary of State John Kerry met newly elected Egyptian President Abdel Fattah al-Sisi in Cairo and raised the issue of the journalists.

NOTE 5…On Monday, Kerry said he called Egypt’s foreign minister to register his “serious displeasure” at the “chilling, draconian sentences”.

“Injustices like these simply cannot stand if Egypt is to move forward in the way that President al-Sisi and Foreign Minister (Sameh) Shoukry told me just yesterday that they aspire to see their country advance,” Kerry said in a statement.

NOTE 6…For Egypt’s neighbor Israel, security and stability are the top concerns. In recent pre-election statements, El-Sisi has said he would honor the 1979 Israeli-Egyptian peace treaty as president.

“I respect all international accords, including the treaty with Israel,” he said.

Israel and Egypt have a shared interest in cracking down on Islamic terror groups in the Sinai, and in targeting the Palestinian terrorist group Hamas, which is an offshoot of the Muslim Brotherhood.

“Abdel Fattah El-Sisi is Egypt’s strong man right now and has been fighting against radical Islam and against the Muslim Brothers. This is very positive both for Egypt, but also for Israel and the entire Middle East,” former Israeli Ambassador to Egypt Zvi Mazel told JNS.org in January.

“We shouldn’t go out on the roofs and cry out in favor of El-Sisi. But what is going on in Egypt is positive for Israel, and you cannot deny it,” he added.

(by FQ…in fact nothing could show the reactionary Jewish Israeli leaders better. That is exactly what the Jewish leaders in Israel and int he whole Diaspora especially in America and Britain should do. They should go on the roofs and cry out for El Sisi against the Muslim Brotherhood)