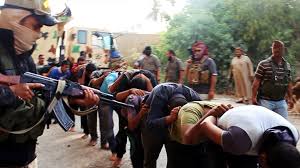 This is apicture of how ISIL deals with captured Iraqi soldiers. 98% of Israeli Jews know now Hamas/Fatah is the same as ISIL and the “peace process OSLO” was a farce. Jews forcé Netanyahu to carry on to destroy Hamas. No truce until victory over Hamas and over Antisemitism 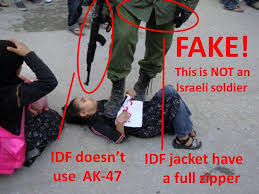 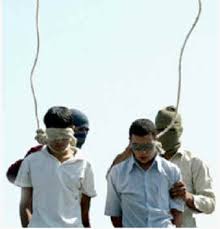 Note that the closest ally of Hamas/Fatah is Iran and their policy is to murder Gays a la Sharia. This image alone (and there are thousands more we could chose) shows how low the Fascist/Stalinist/Republican left in Ireland has sunk to. Iran supplied the rockets to kill the Jews.

Most Jews, about 98 per cent, know now that the Peace Process was a farce

The BBC is filled with images from the school (they say) but this is war and these kinds of incidents are always happening in war, in every war. Mary McMahon (one of the Israeli hating commenters) refers to how important children are for the future but what about children who are educated and trained in Jew Hatred from the earliest years. This is what McMahon leaves out and she also leaves out that Hamas is an army based on Jew Hatred, and it is an army which is no different in the slightest from ISIL.

Hamas has a very big problem indeed with Israel today. Most Jews, about 98 per cent, know now that the Peace Process was a farce, and that the “Palestinians” founded by the Nazi Hajj Amin el Husseini have only the one aim and that is to destroy the Jewish State of Israel. All of the Stalinist Republican Left in Ireland are very close to signing on to that project also, if not already there

These are issues that will be fought out politically in Ireland  by the building of the Trotskyist http://www.4international.me which DOES defend Jews and opposes Antisemitism.

By the way those on this site should understand that there are many alternative explanations for this school explosion. I admire Israel for saying “We do not know. It could be. We will investigate” so different to the BBC who immediately accepted the Hamas figures and political line

Oh and one other thing. It is clear that Obama/Kerry/Cameron want to rescue Hamas. Perhaps even Netanyahu wants Hamas to survive. But they have to reckon with the great Israeli Jewish people who have had to endure 10 years of Hamas and Fatah rockets landing on their people, and this great Jewish people now know that it is a fight to the finish. No matter what the world does 4international and true Trotskyism stands with the Jews against Antisemitism