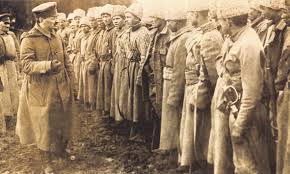 It comes down now to the simplest of all questions:

Should Israel make a peace with Hamas under the hostile to Jews peace plan of Obama and the rest?

Or go on to smash Hamas and end with this Gaza si filled with Antisemitism?

It is of course and can only be the former. This life is not what people say or do, it is about what YOU say and do, and the truth is that the Gaza under the Arabs is a territory from which the killing of Jews takes place and will always proceed.

That is the only reason for the massive tunnel network in Gaza by Hamas. There are hundreds of tunnels running everywhere under this Gaza Strip. All the world was clamouring for Israel to send help to these poor Gazans, but a large part of the help was cement and electricity. With those the Gazans built the tunnels aimed at driving into Israel and killing Jews.

The PLO is exactly the same. That is why Abbas is a noted Holocaust Denier and is also why the whole discource on the Irish thejournal.ie is now filled with references to Jews in Israel being like the Nazis, which is the ultimate form of Holocaust Denial.

That is happening as Netanyahu and Israeli leaders hold back, go in fits and starts.

http://www.4international.me say they are going to call you Nazis anyway so why worry about that. Just win.

In order to defeat Hamas follow the strategy of Brian Boru in the famous Battle of Clontarf when the Irish King near Dublín defeated the Danes. What Brian did was simple and effective. He captured the ground that the Danes stood on and he held on to it.

That is the key thing to do in every war.

It was the exact same in the war of the Red Army of the Young Soviet Russia against the Whites in the Civil War led by magician political strategist Leon Trotsky (supported in the Civil War fully by Lenin and opposed by Stalin)…it was to capture the ground on which the Whites stood and hold on to it.

That forced the White Antisemites to scarper out of Russia which they did to join up with Hitler’s nascent Fascist Party.

GO ISRAEL! Take each section of Gaza and do not let go of it! Take as long as you need! Avoid Jewish loss of life where posible! But keep to that strategy. I send my best wishes to Bibi Netanyahu, Prime Minister. Do not be deflected from this strategic aim and victory.