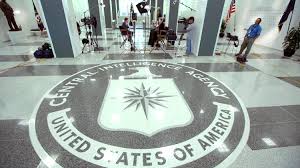 I think that Ted Belman who does not ever vet any on his site has got an agent (but probably not alone) in the form of a “Honeybee”, because this person (she or he) plays a very strange game and seeks to reinforce the insularism of out and out “fascist communist haters” like “Yamit 82”. The only evidence I have of this is what anybody ever has of such infiltration and it is what people say or do, and what measures of security are put in place. Belman puts no security in place.

This is not a separate issue, that is separate from the desperate war Israel is fighting on many fronts, but most of all on the Hamas/Obama/Kerry front.

What I saw on that thread noted below gets to the very heart of leadership today.

The enemy puts its agents into every website and into every committee.

Belman is unable to control these people quite a number of whom appear to be agents of the US State machine, that is the CIA

This all becomes clear once again in “IDF Unleashes New Thrust…” published on July 30, 2014

It takes the form of a person called NormanF making a serious criticism of Jewish leadership.

He is leapt on by these CIA agents operating on Israpundit and there begins a process and campaign by which he will be driven off.

MAKE NO MISTAKE NORMANF WILL BE DRIVEN OFF THIS SITE

The biggest mistake of NormanF is that he is not Jewish. That is the biggest mistake as far as these Fascist types like Yamit82 are concerned. It is at that point that the CIA agents on Israpundit step in and stir the pot.

Belman needs to understand that not only Jews are in danger from Islamic and CIA Fascists in this period. Also in danger are those who defend Israel, like I do.

Belman is a weak, weak person (character wise) and is a very weak political person also