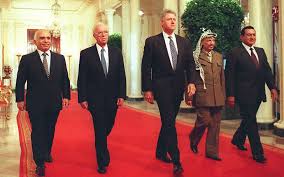 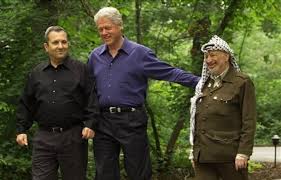 This is a great analysis of the situation facing Israel and Jews by Moise Feiglin but there is a serious weakness in it which I from a Trotskyist and Marxist position will try to explain.

Let me first extract one paragraph (you can find it below also in the body of Feiglin’s text). Actually it could be any one of a number but I seek brevity:

“The increased security budget is not meant to preserve our safety. The budget – beside the widespread corruption that it funds (government-funded pensions and the like) – is meant to preserve… the Oslo mentality.”

Great material here by Feiglin. He is right.

What he points to in essence is that Israel (even more precisely Israeli leadership) has betrayed the Zionist principles of national liberation which led up to the founding of the state in 1948.

Who will make the revolution? The masses of the Jewish people. And non-Jews who are lovers of Judaism and Israel also I have to include because this is not racist but political.

Is there any other requirement? Yes there is indeed one and only one.

Anything else to say about that?

Yes leadership is stressful. Individuals, groups and parties are known to fold (cave in, betray principles)

So it must be a party of a special type. If it is based on a revolutionary theory that is a good start. Of the cadres who make up the leadership have been tempered by experience that is another good thing.

Can Feiglin himself build such a party?

I do not think so. Feiglin is too much of a dogmatist. Dogma is not discipline (Stalin had both dogma galore and discipline but no use here) and is opposed to theory (Theory is dead but green is the everlasting tree of life!)

So in essence Feiglin does point to the way forward but in my opinion cannot actually tread that road.

Feiglin1Israel’s security apparatus has requested an additional 11 billion shekels in wake of Operation Protective Edge. In my opinion, Protective Edge proved that the security budget actually undermines our security.

What was the Hamas’s budget during this war? A fraction of Israel’s. Maybe one percent. So, if everything depended on money, how is it that such a huge monetary gap in our favor did not lead to a resounding Israeli victory – quick, simple, and without fatalities?

The reason we did not win in Gaza has nothing to do with money. We did not win because we are still captive to the concept of the two state solution. Since the Oslo Accords, this concept has spawned an entire “peace industry” – careers in politics, economics, academia, media, and justice, international funds, and a high-cultural life. Only politically-correct and one-dimensional thinking is allowed. In short, what we have is a true dictatorship.

Thinking out of the box built by the Oslo and two-state architects has become a death trap for anyone wishing to advance in Israel’s public service. It is not so pleasant to talk about, but this mental dictatorship has completely conquered Israel’s military leadership. An aspiring officer cannot progress past a certain rank if he does not toe the line. The result is that when it is necessary to scare the cabinet away from victory in Gaza, the Chief of Staff presents a slideshow demonstrating that conquering Gaza would take five years.

Now back to the military budget. In essence Israel’s military has forgotten what the word “victory” means. And yet, its “job” is to provide security. So how does its job? By building fences, anti-missile systems, warning bombs for enemy civilians, anti-tunnel systems, etc. In short, it exchanges ideology for technology.

The increased security budget is not meant to preserve our safety. The budget – beside the widespread corruption that it funds (government-funded pensions and the like) – is meant to preserve… the Oslo mentality.

The problem is that an erroneous idea is like a balloon. You can pour more and more money into it (Oslo has cost us close to one trillion shekels to date), but, ultimately, like the Maginot Line, it will collapse – leaving us without security and without money.

Thus, today’s security budget undermines our security. The more money we pour into it, the more the defense apparatus will be able to evade its responsibility to defend us and not the Oslo mentality. Our defense problem is conceptual – not monetary.

About the Author: Moshe Feiglin is the Deputy Speaker of the Knesset and a member of Israel’s Security and Defense Committee. He heads the Manhigut Yehudit (“Jewish Leadership”) faction of Israel’s governing Likud party. He is the founder of Manhigut Yehudit and Zo Artzeinu and the author of two books: “Where There Are No Men” and “War of Dreams.” Feiglin served in the IDF as an officer in Combat Engineering and is a veteran of the Lebanon War. He lives in Ginot Shomron with his family.