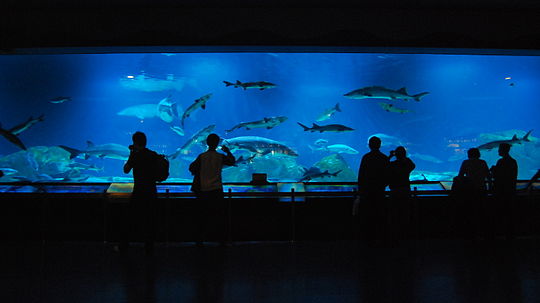 (Article below is from Newsweek. Issue is also being covered on BBC News)

The Chinese sturgeon, which hasn’t changed much over the last 140 million years, hasn’t reproduced in the last year, according to news reports.

“It is the first time that we found no natural reproduction of the endangered sturgeons since records began 32 years ago when [the Gezhouba] dam was built,” Wei Qiwei, a researcher at the Chinese Academy of Fishery Sciences, told Xinhua, the state press agency.

A survey from this past winter turned up no sturgeon eggs in the Yangtze River, the main water body the species inhabits. And a month-long search for young fish swimming down the river that began in August also came up empty, according to Xinhua. Like salmon, Chinese sturgeon (Acipenser sinensis) spend much of their time in the ocean but return to rivers to reproduce.

Populations of Chinese sturgeon are primarily threatened by habitat loss, overfishing and reduced water quality, driven by dam construction. Dams cut off areas the sturgeon previously used to spawn, and pollution has hurt their ability to reproduce, scientists said.

Like other sturgeons, this Chinese species is long-lived and reproduces infrequently, so it is difficult to build up populations of the animal once they are depleted. From 1973 to 2010, the animals’ numbers dwindled by 98 percent, according to the International Union for Conservation of Nature, which considers the fish critically endangered. They can grow up to 13 feet in length or more.

Chinese sturgeon have been “nicknamed aquatic pandas,” according to Xinhua, and are “listed as a wild creature under… national top protection.” But as there are no existing plans to tear down newly-built dams, it seems unlikely that the species will turn around unless some drastic action is taken.

Another denizen of the Yangtze River, the baiji or Chinese river dolphin, was declared “functionally extinct” by scientists in 2006, and none of the animals have been seen since.