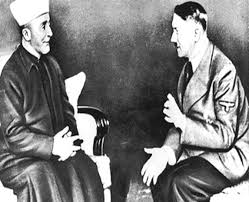 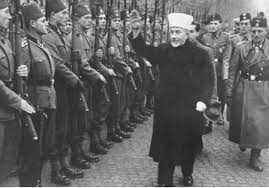 These pictures are of the Mufti of Jerusalem who had travelled from his home in Palestine to carry out with the Nazis the Holocaust of the Jews. Real name was Hajj Amin el Husseini. Arafat was of the same family and was mentored by this Nazi.
There is much consternation in the Jewish press today about the growing Antisemitism in the world, which is surely expressed in the hatred (all around us) of Israel. This hatred comes especially from these sources: The world of Islam, the Western Governments especially of Europe and big sections of the American Democrats (even some republicns), and what we call the anti-Marxist Left
Not grasped by most Jews today though is that Jews are again alone in the world.
Absolutely not grasped and very far from achieving is a strategy by Jews to meet this situation.
I ask you do you not consider this as important?
I ask these questions: Is there a strategy? why not?