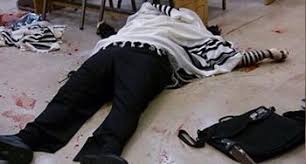 It is the Jihad. It is the capitalist imperialist lies that go along. many lies…

2 examples of these lies stand out

1. In the Gaza war they never refer to the 10,000 Arab rockets on Israel and what that meant to Jews in southern Israel

2. If the Arab Palestinians have their state in that área bulging into Israel, then what is the chances that they will then live in peace (applies to all the Irish and especially Minister Charlie Flanagan). This question must be palced at the front of discussions and must be answered

Is it not more likely that one/ Hamas will eat Abbas and two/ there will be an equivalent Islamic State but this time within miles and OVERLOOKING such as Ben Gurion airport?

There is another thing here. The Arab civilization is in meltdown. This was shown best in both Egypt and Syria.

Egypt is very interesting. Thanks to the help of Obama the Muslim Nrotherhood of Morsi was proceeding to make Egypt into a Sharia state. But the Egyptian people, especially the Young women of the cities, decided that this was going to be for them hell on earth. This resulted in the greatest demo known to humanity in Cairo in order to stop Morsi.

In those conditions of needing to stop Morsi the determined leadership of el Sisi became also their leadership. The masses supported and still do support el Sisi to the very end. Morsi is on trial and like Qutb may be executed. It all depends on the balance of forces on the Street.

Now take Libya. There Obama and Cameron gave their air forces in order to pulverize Gadhafi as he was heading to destroy the Jihad. The Jihad took over. Now the country is heading along with Tunisia towards an Islamic State comparable situation.

If Israel is beaten by the Jihad

1. The Jews will be massacred and there will not be a living Jew remaining in that area

2. There will not be a Christian either. The Pope will never again visit Jerusalem

The Jewish people again will be scattered on the winds, and will be begging for sanctuary wherever they can

So the stakes are high. What can be done? What must be done?

There needs to be widespread discussion. I ask this morning this question: Who began all of this Islamic State/Hamas/Libya/Tunisia bloodletting which has caused the deaths of so many

Answer is Obama, the Democrats, and the Republicans also who refused to mobilise against Obama and who slandered people like Michele Bachmann who wanted to mobilise

Ask also was this the first time? No the big lesson is how Reagan saved the PLO in Beirut, and also how Clinton lined up with Islamist Jihadist Izerbegovic to destroy Yugoslavia.

There are many questions to pose. But those two will start us off