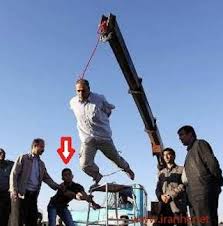 FASCISTS FROM THE FAKE LEFT ARE TELLING LIES ABOUT IRAN – THAT IT IS PEACEFUL ETC. WHAT LIES!

Follows are two reports. The first comes from earlier in the year and the second is bang up to date. There is no difference between the two. The Iranian regime keeps its activity and will keep its activity strictly secret.

Iran is failing to answer questions about its nuclear program just weeks before a deadline for a deal with world powers, the International Atomic Energy Agency (IAEA) says in a new report seen Friday by the BBC.

The IAEA says Iran is complying with an agreement to curb uranium enrichment, but also notes it has made no progress in its investigation into possible military dimensions of the program.

Iran had promised to further co-operate with the IAEA following the election of President Hassan Rouhani last year in a bid to ease Western sanctions.

The IAEA conducts regular inspections of Iran’s nuclear facilities but it also wants the country’s government to address allegations of suspected covert activity.

In May, Iran agreed to provide information on two out of around a dozen areas of suspicion by August, but the IAEA says it is yet to receive answers.

“Iran has not provided any explanations that enable the agency to clarify the outstanding practical measures,” the report says, according to the BBC.

Just a week ago, IAEA director Yukiya Amano revealed that Iran is refusing to answer questions about whether or not its nuclear program has included activities to build a nuclear bomb.

Amano said at the Brookings Institute in Washington DC that his agency is waiting for information on “possible military dimensions,” which Rouhani has promised to deliver – and never gotten around to doing.

“What is needed now is action,” said Amano, enumerating a list of around a dozen issues that Iran has refused to elaborate on for years.

“We cannot provide assurance that all material is for peaceful purposes,” admitted the IAEA head. “The international community still has its doubts – it still wants clarification. That inquiry process will depend on Iran’s level of cooperation.”

Iran and the six world powers have a deadline of November 24 to strike a landmark nuclear deal.

Months of intense negotiations, including between Kerry and Zarif in mid-October in Vienna, have made some progress but appear deadlocked on the key issues of uranium enrichment and the pace of any sanctions relief.

Iran, meanwhile, has been toughening its stance in recent weeks. Senior Iranian negotiator Abbas Araqchi recently said he sees no prospect for a deal unless the other side abandons its “illogical excessive demands”.

A senior Iranian official followed those comments by declaring that Iran will demand that all Western sanctions be lifted as part of a final deal, rejecting an American proposal of a gradual lifting of sanctions.

The size of Iran’s centrifuge inventory is a key sticking point in deal talks, with experts saying that the total centrifuge count is close to 10,000.

Iran, for its part, has drawn a “red line” at maintaining enough centrifuges to produce enough uranium for 38 A-bombs per year.

(Arutz Sheva’s North American desk is keeping you updated until the start of Shabbat in New York. The time posted automatically on all Arutz Sheva articles, however, is Israeli time.)

NO DEAL AND ALL CALL FOR EXTENDING TALKS

The United States suggested to Iran on Sunday that it consider extending nuclear talks, The Associated Press (AP) reports.

Iran and six world powers are holding talks in Vienna in an attempt to reach a lasting agreement on Tehran’s disputed nuclear program before a deadline on Monday, but little progress has been made.

At the same time, two Western diplomats said, negotiations were continuing with Iran on trying to bridge differences on reducing Tehran’s ability to make nuclear weapons to levels acceptable to Washington while giving the Islamic republic the relief it seeks from international sanctions over its atomic activities.

All three officials demanded anonymity because they weren’t authorized to discuss the diplomatic twists and turns of talks that have been under a blanket of confidentiality since the sides started negotiating a comprehensive nuclear deal eight months ago.

The U.S. official said a number of options were under discussion.

“An extension is one of those options,” the official said. “It should come as no surprise that we will also engage in a discussion of the options with the Iranians at some point as well.”

As the clock ticked down, other foreign ministers from the six negotiating powers were converging on Vienna in a concerted effort to at least get an acceptable way to extend the talks even if the deal deadline is missed.

The Islamic Republic hotly denies its nuclear program is meant to build a nuclear weapon, even though the UN’s International Atomic Energy Agency (IAEA) has revealed Iran is not abiding by the interim conditions in refusing to answer questions on the military aspects of its program.

Iran has been toughening its stance in recent weeks. Iran’s chief negotiator, Abbas Araqchi, recently said he sees no prospect for a deal unless the other side abandons its “illogical excessive demands”.

A senior Iranian official followed those comments by declaring that Iran will demand that all Western sanctions be lifted as part of a final deal, rejecting an American proposal of a gradual lifting of sanctions.

An Iranian official said earlier on Sunday that reaching a deal with the West over its nuclear program by tomorrow is “impossible”.

The official said the discussion “may soon have to shift from trying to reach an agreement to extending negotiations past tomorrow’s deadline for the end of this round of negotiations.”

IS IT NOT CLEAR, IT IS TO US ON 4INTERNATIONAL, THAT DOING A “DEAL” WITH THE FASCIST REGIME OF IRAN IS IMPOSSIBLE? THEY HAVE GOT SO MANY MOUNTAINS IN WHICH THEY HAVE HIDDEN THEIR OPERATIONS. THEY EITHER HAVE THE BOMB ALREADY OR ARE IN A POSITION TO HAVE IT

COUNTRIES INVOLVED IN THESE TALKS

I mean Germany for goodness sake but all of these countries have a history of Antisemitism. The noose around the neck of the Jews once again!

What to do? There are many things but it becomes very difficult for an extremely divided and Knesset tied Israel to act AS IT MUST ACT in order to survive