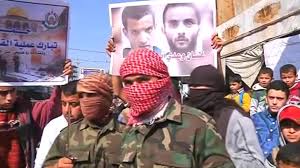 From the recent Martin Sherman article on Jerusalem Post (http://www.jpost.com/Opinion/Into-the-fray-The-Arabs-war-against-the-Jews-cont-Root-causes-and-red-herrings-383081 ) there is this paragraph among many memorable paragraphs:

From the newly elected president, Reuven Rivlin, to veteran Police Chief Yohanan Danino, statements explicitly alleging or insinuating that the Jews’ own conduct – such as exercising their right of access to religious sites or legislative initiatives to codify in law the values reflected in the Declaration of Independence – precipitated, or at least, exacerbated, recent Arab butchery of innocent Jews in the streets, on the roads, inside synagogues, and at building sites across the country. – end quote

Rivlin we know. Danino is head since a couple of years ago of ALL of the police in Israel. He is a top dog really! And the type of person elected to be top dog is a man who was behind the persecution of Liberman, the Russian Israeli politician and essentially patriot (despite many issues he is that)

Meanwhile the various bloggers on sites such as Israpundit and on Sherman’s own Facebook page simply cannot get to terms with the central issue which is ESSENTIALLY totally about leadership and the absence of patriotic leadership which CAN lead.

Sherman himself who is principled does not engage in hero worship of anybody and in the paragraph previous to this alludes to my central point – that it is an overall crisis of leadership of Israel that is at stake. Read this first and carefully before I comment:

One senior public figure after another – not only on the Left of the political spectrum – have come out with declarations that have ranged from regrettably inappropriate, through hopelessly unfounded, to dangerously counter-productive. (end quote)

I do not wish to divert but…Note that Sherman uses this outdated and irrelevant term the “Left” when the issue is one of nationalism and patriotism and not the price of bread. It is a corrupt term leading to corruption of the mind – the worst kind!

But having said that Sherman is very clear! It is as he says and I repeat “not only on the Left of the political spectrum” … that the betrayal of Israel is taking place.

In other words he is saying as I am – It is a total crisis of leadership. As far as true and principled leadership is concerned it is vacuum country.

To finish off let me see how Martin Sherman ends his piece and it is the way actually that he ends every piece:

Unless the Jews convey the unequivocal message that any such challenges will be met with overwhelming force, they will increasingly be the victims of such force at the hands of their Arab adversaries.

There may be those who find this prescription excessively harsh.

Sadly, the only way the Jews can avoid living permanently by the sword is to convey convincingly to the Arabs that they have the resolve to do so. I invite everyone to consider the alternative.

Only Arab despair can bring any hope for peace. (end quote)

In reality it is really tame because it does not deal at all with power and with the former scenario of the PRESIDENT and the HEAD OF POLICE being absolute scoundrels, and as far as Jewish patriotism is concerned THEY ARE NOT remotely so!

There are just 3 paragraphs to read in the Caroline Glick latest article – again the last three THE ENDING!

After much good analysis about this strange new Netanyahu Bill Caroline ends like this:

Rather than doing the hard work of running a continuous, relentless campaign to accrue the requisite power to reform the system, politicians on the Right have embraced an unnecessary bill that will do nothing to protect Israel’s future.

On the other hand, their counterparts on the Left have shown that the Israeli Left is today largely indistinguishable from the international Left which rejects Israel’s right to exist and rejects the Jewish people’s right to sovereignty and freedom in its homeland. With Haaretz acting as the conduit between the BDS movement and government ministers, politicians on the Left have become unmoored from the basic requirements of national life.

I mean what an ending! What is THAT about!

I feel as if I am in the middle of a large and deep lough and unable to swim and Caroline has planted me there.

There is just no way out of that last sentence of Caroline´s. I am sinking and if this is the best (Caroline) that Israel can do it will sink like a stone.