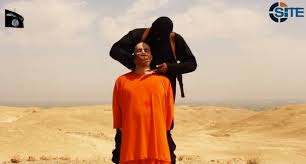 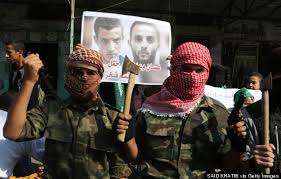 These two pictures, the first is the Islamic State, the second above is the result of the “Palestinian” narrative are the same thing

The Israeli election in March by itself is not going to decide anything. Yet it is still of absolute importance. It is most important that the headline above is made reality (and we will explain why)

Israel is in a race against time.  These are some issues that are at play:

SO THERE ARE MANY ISSUES IN THIS ELECTION AND ISRAELI LEADERS HAVE SHOWN THEY ARE NOT ADEQUATE TO THIS PERIOD OF INTENSE THEORETICAL AND PHYSICAL CHALLENGES.

So then to be super practical!…A new leadership is required. But what is it? What leadership can meet this period?

I say it will be a Trotskyist leadership! But the Israeli people know hardly a thing about this aspect of history. They see only Labour, revisionist left and Stalinist traitors. So that is the sad reality. We have to deal with things as they are.

The election will not deal with these vital issues. But the worst outcome is that traitors take power in Israel. I mean the open traitors like Herzog and Livni. The best is that Netanyahu, Bennett and Lieberman can join with some religious patriots and thereby form a government. This allows the discussion to take place. If the traitors like Lapid take power in any way they will open the door to the Obama CIA and you remember what happened to those hapless millions of communist cadres in the Indonesian massacre all those years ago, with Obamas step dad in the fore of the CIA Suharto major killing spree. Without leaders that can happen anywhere today.

So vital issue in this election…major really major effort to vote Netanyahu, especially vote Likud, vote especially for Bennett, vote for Lieberman because the Russian vote is vital too, and vote for religious patriots. To continue the discussion of the way forward in this difficult world. Against any kind of complacency! To allow Livni, Herzog or Lapid near power is to say “Here Jihadists place your rockets on the hills overlooking Ben Gurion Airport a few miles off”. Not advisable at all!