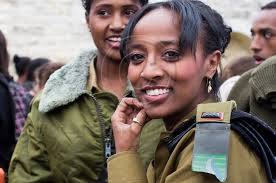 I think that Netanyahu is a blow hard Israeli politician but a man who does Little to defend Jews and justice in the world. To me he is an empty “Shell”. I have never forgiven Netanyahu and never will for “accepting” the Hamas rockets onto Sderot for so long, if truth be told for many years.. Netanyahu is that type of man. Although I defend him against Obama type Antisemitism I do not like anything about him as a leader. I like leaders to be above all proud and independent minded in their thinking and forgive me I have found Netanyahu to be the opposite. So in the recent attack which killed the two soldiers in Golan Netanyahu reacts by bluster against Hizbullah when the real attack should be against the United Nations in Lebanon, and either the Spanish or Irish troops who are clearly on the side of Hizbullah and Iran, and against Obama and the Spanish Governemnt on the same basis. But from Netanyahu only bluster. To me it is the same as the rockets on Sderot and Netanyahu ACCEPTS in his own internal thought machinations the sacrifice of these two Young Jewish men. of course there will be funerals and all that with Netanyahu there but to me that is the sense of it. At the funerals Netanyahu may feel genuine sorrow but there is more to living that that, there is also acting.

There is a super article on Jerusalem Posts, actually from Reuters 2013 (July) and read it please http://www.jpost.com/Middle-East/Analysis-By-relying-on-Iran-and-Hezbollah-Syrias-Assad-risks-irrelevance-320532

This analysis is one of the very few I have seen that mirrors the work of Daniel Pipes on this in that what alternatives did Assad have when Obama witht he huge power of the US went on the warpath?

Place into google something like “who started it in Syria?” and you will have to do some thinking on what you see. For example I read this:

“Main Issues: The Roots of the Conflict

The Syrian uprising started as a reaction to the Arab Spring, a series of anti-government protests across the Arab world inspired by the fall of the Tunisian regime in early 2011. But at the root of the conflict was anger over unemployment, decades of dictatorship, corruption and state violence under of the Middle East’s most repressive regimes.

But if you leave Syria for a moment what was happening in Libya? Wikipedia under “death of Gadhafi” writes in mid 2011:

“After the fall of Tripoli to forces of the opposition National Transitional Council (NTC) in August 2011, Gaddafi and his family fled the Libyan capital. He was widely rumoured to have taken refuge in the south of the country and in fact Gaddafi had fled in a small convoy to Sirte on the day Tripoli fell. His son Mutassim Gaddafi followed in a second convoy.[3]“

This WAS the so-called Arab Spring which was a way for Obama and the Neocons to bring strife and huge suffering to vast areas of the world by deposing sitting rulers. Is this CIA rule by chaos?

Only a fool would imagine that a protest in the traditional Jihad areas of Syria would be JUST about lack of jobs. If only the world was like that people like Seumus Milne would be happy Little people. But it is not. The Jihad cuts across under its own steam as it were, and related but separate the Neocons (an inprecise term I admit) have been using the Jihad for purposes which may be sinister indeed.

It was not just that Assad put down the protest but that the protest was followed very quickly by arms.

This is the world of “conspiracy” which is not conspiracy thinking a la Ilke because it is as plain as day that the US was arming the Jihad.

This is the tragedy. Assad had nobody to turn to but the Shia reaactionaries and utter Nazi type Antisemites of Hizbullah and Iran.

The biggest crime that Netanyahu has carried out against Israel was in supporting this Jihad against these rulers right down the line.

Why not? What was stopping him? Nothing except that he is at heart a Neocon!

This is something that Israelis who are grown up sucking up to US Imperialism are unble to face up to.