Arab mobs” in Palestine, October 1929 Letter to the Manchester Guardian

There is pathos here … Reading in a desperate plea the last paragraph of this letter by Einstein. It is following the 1929 massacre of Jews in Hebrón by Arabs of Palestine led by Hajj Amin el Husseini. It is a reserved appeal to Britain to come up to the plate and do the right thing by the Jews. It is a dignified letter but also a sad one because Britain was to do the very opposite and the monster Arab Palestininian Hajj Amin el Husseini was to go on and play a central role in the Nazi Holocaust of the Jews. Britain was to make that possible for the Nazis by passing the White Paper of 1939 which blocked Jews from coming to Palestine. Thus Britain cornered the Jews for the Nazi killers. No escape.

Later in 1948 Einstein attacked Israel over the Dir Yassin issue but he did so on the basis of very faulty information! 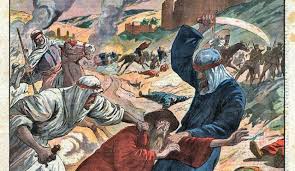