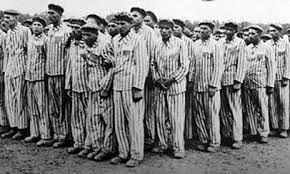 This is the deal! Follows the horrific video of antisemitism in Britain see

Talk Radio Europe is owned by a British Jewish man called Martin Nathan. He owns the station outright. it is his station. He broadcasts from the Marbella región and in English.

On his station he is helped by other Jews and I know the name of one – Richard Tildesley.

They have on their station five nights per week on a show lasting two hours each night a man called Richie Allen who has worked closely with the horrific as far as Jews are concerned David Icke. David Icke is notorious for playing around with the notorious Rothchilde theme

Richie Allen lives in Manchesater and it is in Manchester that this recent example of British Antisemitism has come out.

This does not make Richie Allen responsible for the video Antisemitism but it is connected because during the week past Richie Allen was attacking Israel and Netanyahu on the basis that Netanyhau was using the Holocaust “That is what he does” sneered Allen in his response to the Jeremy Bowen tweet. To say this about a Jewish leader is of course a dreadful attack on the whole of the Jews and especially on the memory of the 6 million dead.

By the way the Richard Tildesley I mentioned above argues on HIS 2 hour show that Iran is NOT interested in the slightest in producing a Nuclear Bomb. His evidence for this includes “Iran has said so”! Such absurdity!

What is with these people. They are Jews. Why is it me a complete national Irish person to have to defend Jews against them?

So Allen stirs up hatred against Israel. He takes on his show open Antisemites like Gilad Atzmon and many others.

So my challenge to Martin Nathan Jewish owner of Talk Radio Europe is to put an end to this continual Jew Hatred on his radio station and kick Allen off immediately.

End the association. Learn the lesson of this Antisemitism just published video in Manchester.