There is not the slightest doubt now that Bibi Netanyahu is following a definite plan of keeping Hamas intact. Whatever way Netanyahu reasons this it amounts to treason to the Jewish people. Netanyahu is a traitor

It is bullshit, total bullshit, all of this business of Israel appearing humane by warning people that they intend to bomb a house…hence result is they bomb an EMPTY house

It is doubly bullshit on the part of this traitorous leading elite in Israel because they know: THE PALESTINIAN ARABS WILL PUT PALLYWOOD IN OPERATION ANYWAY

The “Palestinians” do not need any deaths because they have their own Pallywood department.

In a confrontation on Talk Radio Europe editor of 4international.me Felix Quigley had a confrontation with a high up in a radio station. This guy (a certain Richard Tildesley) who is a leading Jew in the station and Marbella Area stated he had never heard of Pallywood

At the same time another this time Irish Jew called Jenni Hutchinson joined with the IPSC (same as ISM) to attack me, Trotskyism and 4international

As I say to everybody these days Trotskyism has no friends, does not seek friends per se, has only truth as friend

Let me get this straight my dear Jewish friends. Why would the Israeli planes bomb empty houses, having issued warnings so the Fascists can flee. W H Y???

So then we have to ask what is Netanyahu and this Israeli elite at.

Here is my take

We have emphasised time and time again how difficult a war this is against Hamas. For a start it is not just against Hamas, it is really Hamas, Fatah, Iran and Hizbullah .. and counting

This is not an easy war to win.

But it means that the orientation for war has to be correct. And the arsing about by Netanyahu is traitorous, and it was totally the work of a traitor to expel Danon

This brat Netanyahu and his brat wife Sara have really no class at all when they do not encourage a debate as to how to conduct the war.

These steps are necessary in order for Israel to defeat the Hamas rockets into Israel which are terrorising the Israeli people. These rockets are not firecrackerts as was once claimed on the Talk Radio Europe pathetic radio outlet in Spain. These rockets must be stopped because Jews are being terrorised in the Jewish Homeland in 2014 some 70 years after the Holocaust by the Nazis.

The great problem of the Israelis is that they have leaders who have not stated the above aim. The idea of Netanyahu to WEAKEN Hamas is wrong. Both Fatah and Hamas must be destroyed totally. That is the central issue that all Jews and Jewish supporters as on www.4international.me must attempt to fix. We support Bibi in war, of course we do, but we also insist on a leadership which fights as above. 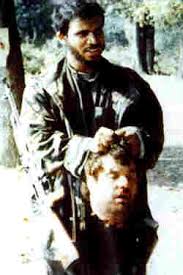