On 4international we intend to follow this man. His name is Ramush Haradinaj, everybody knows he is a killer and has murdered in cold blood many ordinary Serb peasants and simple country folk, we on 4international have already proved that and have exposed the alliance of the US and EU Imperialists with this killer of Serbs, an alliance which goes to the very tops of the US Elite, to Bush, Lieberman, Cheney, Holbrooke and McCain. END_OF_DOCUMENT_TOKEN_TO_BE_REPLACED

That they would do this was predicted in early 2005, by Gregory Copley, the president of the prestigious and world-renowned International Strategic Studies Association – the parent organization of the Defense & Foreign Affairs group of publications, based in Alexandria, Virginia, in the Washington, D.C. area of the United States.  See their reports on ex-Yugoslavia here:

What follows is indisputable proof that the United States government – both Republican and Democrat administrations – planned IN ADVANCE all along the early release – or total immunity from prosecution – of virtually every one of the Islamist Nazi terrorist Albanian KLA mass murderers led by Hashim Thaci(e.g. Agim Ceku and Ramush Haradinaj); the Bosnian SDA Islamofascist murderers led by Alija Izetbegovic (e.g. Naser Oric in June 2006); and the Croatian Ustasha Nazi mass murderers led by the late Franjo Tudjman and Stipe Mesic (e.g. Ante Gotovina,Tomislav Mercep, Dobrosav Paraga ).

This repetitive US,NATO/EU intervention on behalf of Islamofascist/Nazi killers of innocent civilians in furtherance of Western geostrategic imperialism (expansion) in the Balkans – with the result being the European expansion of Fascist Islam – has very grave implications not just for the people of Serbia and the rest of Europe, but also grave implications for Israel and the Jewish people.

“a deal would be struck to ensure that he did not serve prison time for the charges he faced.”

END_OF_DOCUMENT_TOKEN_TO_BE_REPLACED

Soon, in all parks and public transport vehicles, a new inscription appeared: “Entry forbidden to all Serbs, Jews, Gypsies, and dogs.” The Ministry of the Interior, led by Andrija Artukovic, issued the following decree: “All the Serbs and the Jews residing in Zagreb, the Capital of Croatia, must leave the town within 12 hours. Any citizen found to have given them shelter will be immediately executed on the spot.” 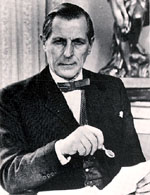 Avro Manhattan was the world’s foremost authority on Roman Catholicism in politics. A resident of London, during WW II he operated a radio station called “Radio Freedom” broadcasting to occupied Europe. He was the author of over 20 books including the best-seller The Vatican in World Politics, twice Book-of-the-Month and going through 57 editions. He was a Great Briton who risked his life daily to expose some of the darkest secrets of the Papacy. His books were #1 on the Forbidden Index for the past 50 years!!

The Vatican’s Holocaust – Revealed at Last!