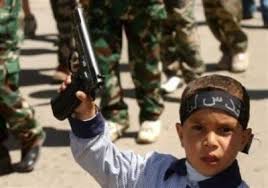 On how to combat what is in essence antisemitic propaganda by Arab Palestinians, by Martin Sherman

After all, Israel is not maligned in international forums because it is accused of having poor medical care, shoddy irrigation systems, underdeveloped technological achievement, unattractive women, backward agricultural practices or uninviting tourist attractions.

Accordingly, focusing on dispelling such assumed “misconceptions” is hardly likely to stem the tide of vicious vilification of Israel and the Zionist vision of a sovereign nation-state for the Jewish people in its ancient homeland.

Boycott, Divestment and Sanctions (BDS) is a global campaign[1] which uses economic and political pressure on Israel to comply with the stated goals of the movement: The end of Israeli occupation and colonization of Arab land, full equality for Arab-Palestinian citizens of Israel, and respect for the right of return of Palestinian refugees.[1]

The first quotation is from martin Shermain on BDS from the Jerusalem Posts Conference last week held in New York. Note 1 on the second quotation above brings us to “Marcelo Svirsky (28 October 2011). Arab-Jewish activism in Israel-Palestine. Ashgate Publishing, Ltd. p. 121. ISBN 978-1-4094-2229-7. Retrieved 3 June 2013.“

That makes it very clear what BDS is all about. To emphasise A…The end of Israeli occupation and colonization of Arab land, B… full equality for Arab-Palestinian citizens of Israel, and C…respect for the right of return of Palestinian refugees

Let me consider these 3 points in more detail A… the idea that Israel is occupying Arab land is ridiculously easy to answer in full in a very short period of time if the issue is approached from a sincere historical narrative perspective B… by asking what is an Arab-Palestinian citizen of Israel when every Arab country has expelled its Jews and set up Judenfrei states which again can be done in a very short period of time, especially if one bases the research on the ties between the Arabs and the Nazis in the Holocaust and finally C…again in simple historical terms a people, that is the Arabs, with their Arab Palestinian component wage genocidal wars following the Holocaust and inspired by Genocide of the Jews then they have no rights of any kind. I repeat NO RIGHTS

Martin is saying basically that the enemies of Israel and Jews are choosing their ground. So they are not attacking Israel (sarcasm follows) because Israel is supplying many new pioneering methods for curing people of all races from cancer. No these enemies are not stupid. They shun these many good qualities of Israel like the plague. They chose the 3 above which I have simplified into A, B and C

Indeed I will write more on this, specifically on why Martin Sherman cannot spur Israel into action. This is the serious flaw int he praxis of Martin which also must be examined, but I want to first dwell on the truth of the above, that answering these Antisemitic memes is not rocket science.