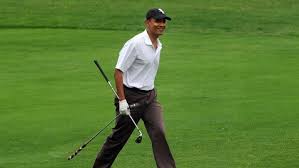 There is a lengthy discussion on Israpundit on Powers and “Responsibility to Protect”. These Jewish leaders in the Diaspora are in total crisis because they do not know how to fight against the phenomenon of the “Arab Spring” which is at the same time the fight against Fascism, and indeed the alliance of the capitalist powers with Islam is the making of the modern Fascist Movement.

In this context the word that is never mentioned by Ted belman, Pamela Geller, Spencer and others is Marxism or Trotskyism. Rather than the truth they try to muddy the waters on Leon Trotsky and his defence of the Jews and the Israel in the making.

Let us get one thing crystal clear. If anybody thinks that Romney as a Republican President would not support “responsibility to protect” then please think on, and keep on thinking.

Heck even the editor of Israpundit Ted Belman backed up a bloodthirsty call of a noted Jewish American organization on this very site to bomb the living bejasus out of Gadhafi. It is true that Ted pulled back from this but it is on record that I immediately attacked this position, which is also not only the death-knell of sovereign states as under Gadhafi but also is the end of the road for the Jewish state of Israel.

Israel and its present leaders, which includes also the total leadership in the Diaspora (the leadership of the Jews has many differing strands, being traditionally a broad church, which is good and bad actually), and includes people like Ted and Gerry Gordan plus a thousand others, are sitting ducks. This is the result of political cowardice, of deep bias against new perspectives rooted in Judaism and in the conservatism of Judaism, which historically this conservatism has its good and bad aspects.

From the beginning of the crisis in Yugoslavia I recognized that THAT was “responsibility to protect” and I fought for the independence of the Serb people to fight to hold together their unified state of Yugoslavia, while people like Gerry Gordon did not lift a finger to defend Yugoslavia, but rationalised its break-up.

Ted was shaky on this at the beginning but a chap called Bill from Canada, a lawyer, disgraced Jews forever by sitting on the fence, while Yamit82 disgraced the memory of Yamit 1982 by launching the most vicious slanders against the Serbs, culled from disreputes like Hoare.

Funny that! Not talking about THAT, eh!

There is no point at all in moaning about Power and “responsibility to protect” if you do not actively defend Assad against just this very same thing.

The thing about Ted, the “weaselie” yamit82, Gordon, Mr Barry Rubin and a thousand other Jews, (I say Jews but remember that each and every one of these speaks only for themselves) is that they can always find the words to be utterly hypocritical.

Ayers was a creation of the CIA and Jared Israel has detailed how he and his girl friend split a promising student movement in the 60s which was seeking to link the students with the American workers.

So please do not refer to Ayers as a Marxist unless you are either intellectually challenged or wilfully dishonest.

All the evidence points to the murky hand of the CIA behind Obama also. Do not forget that the CIA protected Eichmann in South America until the Jews busted the CIA post 45 racket and caught that piece of filth.

And just remember that if you cannot defend Assad from Annan then you had best shut up about this “responsibility to protect”, and when the NATO descends on the Jews in Israel as they did on the Christians in Kosovo keep your hypocritical mouths firmly shut there also.

You have to be consistent to be believed.