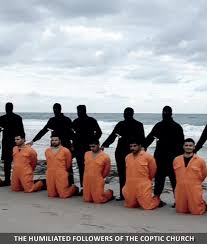 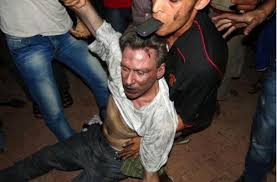 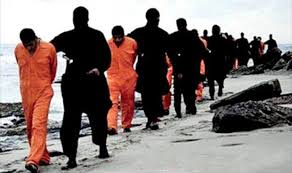 4international calls for the reléase of general Mladic fromt he Hague Court and the Hague Prison and we call on all class conscious workers and youthm and also all Jewsm to support us in this calle.

The war on the Serbs was a major link up between US and EU Imperialisms with the Jihad against the Christians. This trial against Mladic is the result of that.

Over next weeks 4international will be publishing articles on this Jihad against the Serbs and the role of the British and US Imperialists in helping the Islamist extremists in Bosnia under Izetbegovic. These are the real war criminals. Racak and Srebrenica are part of the Big Lie technique used in so many countries by the US and EU Lie Machine

The following article by the BBC is part and parcel of the same. The BBC state as fact that Srebrenica “happened” but the research carried out by 4international indicates that it was all part of the Big Lie and that it did not “happen”.

Judges at the trial of former Bosnian Serb army chief Ratko Mladic have rejected arguments for dropping the most serious charges of genocide.

Mr Mladic faces 11 charges, including genocide and crimes against humanity, dating to the 1992-95 Bosnian war.

He is specifically accused of a hand in the massacre of more than 7,000 Bosniak men and boys at Srebrenica – Europe’s worst atrocity since World War II.

Mr Mladic denies all charges and has denounced the UN tribunal as “satanic”.

At the session on Tuesday, the International Criminal Tribunal for the former Yugoslavia ruled that there were still good grounds to try Mr Mladic on two counts of genocide.

The charges relate to the killings at Srebrenica, and to the expulsion of the Muslim Bosniaks, Bosnian Croats and other non-Serb populations in a wartime campaign that came to be known as “ethnic cleansing”.

Lawyers for Mr Mladic had argued that there was not enough evidence linking him to the most serious of the crimes.

However, Judge Alphons Orie said “that the accused has a case to answer on all counts”, citing material presented by prosecutors, including video footage of Mr Mladic calling on revenge against the Muslims of Srebrenica.

Mr Mladic is also charged in connection with the 44-month siege of Sarajevo during which more than 10,000 people died.