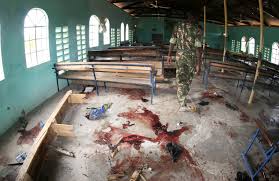 Adina Kutnicki…excellent article by Adina on the role of the Israeli Government of Netanyahu in all of these affairs with Obama and American and NATO Imperialism is attacked by Israpundit regular commenter (url below) Bernard Ross. We will follow it. These pictures, a couple out of thousands, are strongly remindful of the Jihad against Bosnian and Yugoslavian Serbian Christians, a Jihad backed to the hilt by US and NATO, especially Clinton and Blair

Conspiracy thinking is not really thinking at all. It is the poison which eats at the heart of critical thought and real knowledge and learning. It is based on subjective idealism which can be defined as separating the ideas in people’s minds from the real world. The idea comes first, “In the beginning was the Word” that sort of thing.

Therefore I would advise people to begin to follow a debate which is now breaking out on the Israpundit website, that is http://www.israpundit.org/archives/63603324/comment-page-1#comment-63356000147623 and where I have thrown down the gauntlet to a noted conspiracy theorist calling himself Bernard Ross.

My challenge to B Ross who seems to be suggesting that Islamic State is some kind of conspiracy project (and which leads him to attack a very important writer who appears regularly on Martin DSherman Facebook is to begin with the following: (But warning do not expect a sensible answer to my question. I expect evasion and most like abuse)

Can you elaborate on this?

Also you seem to be suggesting that Islamic State is a creation of the US and NATO.

And while Muslims by the tens and even hundreds of thousands will march against a YouTube video, a Danish cartoon, the Jewish state, and perceived insults to Islam, they stay silent in the face of the most egregious Islamic supremacist violence. Silence is sanction. Why are they silent? Because it is sanctioned, commanded in the Quran and those who speak against it don’t have a theological leg to stand on.

(shown is a picture) christianA woman walks inside a damaged church in Maaloula. The Christian town was attacked last spring by extremist forces. (REUTERS/Omar Sanadiki) – See more at: http://pamelageller.com/2014/12/the-islamic-state-isis-turning-churches-into-torture-chambers-selling-christian-artifacts.html/#sthash.ABJulc3q.dpuf