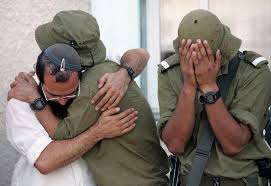 This is what has been avoided by the joyous victory in Israel  and on St Patricks day too. If the Left Fascists of Livni and Labour had won then in combination with the evil of Jihad Arab Muslims IN Israel – Fascist dictatorship would have followed and all discussion closed down

The Israeli election and victory for Netanyahu is a major positive. There is no doubt that if the Left Fascists Herrzog and Livni had won and then teamed up with the United Arab faction which is now the third largest in a Jewish Israeli Parliament (while Jews are killed in every Arab country and repressed terribly in Iran – what is left of them that is)

It is this alliance of Left Fascists inside of Israel and of Jihadist Israel Hating Arabs who have been given a vote and base also inside of Israel that was so dangerous. These moves were being orchestrated against Bibi by Obama who does not really hate so much Bibi as hates Bibi as a representative of Jews and Jewish culture in our world. In other words Obama is an Antisemite. That is what the election defeated.

I referred in a recent article to the reality of world Antisemitism and how the tiny Israeli state was being buffeted by this world Antisemitism. It comes onto the tiny state from the surrounding very wide circle of Muslim Jihad and Jew Hatred, and then in a wider still circle, a world circle, from Christian and Capitalist rooted Antisemitism, with Stalinism and Anarchism thrown into that latter mix as well.

Today I do pay tribute to Netanyahu especially to his great spech to Congress on March 8 which focused the minds of many poor people in Israel who realised because of that speech that the poverty and housing problems (undoubted) had to be seen in the context of danger of Nuclear wipeout from Islamic Fascist Iran. It was this that the Left Fascists (note terminology “Left” is not accurate) now well established in Israel behind Labour and Israeli Stalinist type politics of “Peace Now” etc were thus attacking Jews once more in a most dangerous context.

There was also an act of self-sacrifice in that many voters for Bennett switched to Likud and Netanyahu in an action of great intelligence and political sophistication especially by the Jewish homes, families and villages of Judea and Samaria (note 4international never uses the term “settler” and just never ever the term “West Bank”)

We enter a most critical period everywhere in the world and not just in Israel but yes! in Israel. The first thing is discussion and the right to discuss. Just yesterday 8 young protesters were given 3 year jail sentences in the new “democratic” Spain for doing so (just youthful protest) outside of the Catalonian Parliament. There are other great attacks on freedom to discuss in every country. This is above all what has to be defended and this applies very much to Israel also. But if Herzog had won all discussion would have been closed down along the lines and using the stratagems of especially Obama as well as using the brute force of the state as in Spain and the murder of Jews by the Jihadist Muslims.

This is why I appeal to all Jews, to all Israelis, to all Spanish, Irish and all others – it is a time to discuss issues and for the opening of the mind to new possibilities. This is not going to be easy but because we are all being forced by a peculiar crisis to each country and in each country – it does become doable

quote from that article I mentioned above follows:

Perhaps the issue of secular Jews is the most important fact that has come out of this amazingly important election.”