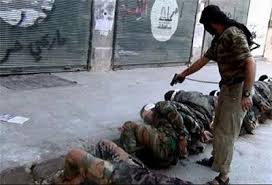 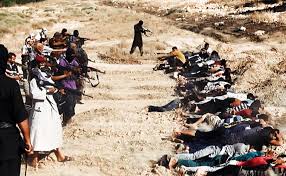 The key issue is the 2003 war against Saddam. Just yesterday the Israeli regime led by Netanyahu has launched attacks on Assad which has meant the Fascist Islamist opposition to Assad has gained.

(Israel struck nine Syrian targets in response to boy’s death, and as a boost for the rebel bid for Quneitra

Israel carried out nine strikes against Syrian military targets after midnight Monday, June 23, in retaliation for a Kornet rocket attack which killed an Israeli boy, and injured two others a few hours earlier. They were conducted by air and by Spike NLOS anti-tank missiles (Tamuz), against the Syrian 90th Brigade command center in Quneitra and three battalions

But back in the years before the pivotal 2003 war on Saddam Netanyahu was doing the very same thing, as we will see. This was also the position of Caroline Glick and Ted Belman of Israpundit. The actions of all of these people, all Jews, opened the door it Jihad int he world and in the Middle East that may well threaten as never before the Jewish people and Israel.)

(plus other articles in the past few days, including one from 2008 on http://4international.me/2008/09/01/do-not-pin-iraq-onto-the-jews-and-israelsharon-opposed-the-war/)

Thus in 2003 and the years leading up to the Bush War on Saddam this critical situation for Jews as brewing. The War in 2003 created the situation where THE LEADER OF ISRAEL Arik Sharon,  was telling Bush that he was opposed to the War. (Just read my article to see how explicit and prescient was Sharon)

But there were MANY OTHER JEWISH FORCES who were working apart from Sharon, meaning apart from the Israeli Government, and who were cutting right across Sharon.

Certainly Ted Belman of Israpundit. Belman had a whole line about US and BUSH recreating the world)

Certainly and above all Netanyahu

On this we now turn to Netanyahu and here we introduce an extract from Wikipedia for you to consider. Note that Buchanan is correct when he refers to Perle, Feith and Wurmsur (But there were many others) (I am opposed to Buchanan on a critical issue, Buchanan is silent on what we say about the opposition of Sharon to the war on Saddam and he is silent because he is essentially Antisemitic)

I have already mentioned Glick and Belman. But go into the records and there were more. Thus there is within Jews today a battle going on. There are those like Glick and Pamela Geller, plus many more who are really communist haters and who will do anything in that regard on behalf of US Imperialism

Now this weekend we have Netanyahu cheered on by Belman who throws Israel and the IDF against Assad, which is like a stab in the back against all those Christians and other minorities who support Assad against the Jihad.

I have just looked at the sites of Pamela Geller and at Israpundit and they are silent, which means they support Netanyahu in this ominous development. It is back to the 2003 Bush War on Saddam

Read also very carefully the remarks by Ian Buruma in the pivotal New York Times. Read this very carefully. See how Buruma has described the situation. The image created is that the US and Israel are together in this horrific development the War to remove Saddam

THEY ARE ALL TOGETHER except for one Little detail … we now know that the Israeli Government under Sharon was opposed, AIPAC was opposed, the spokespeople for Sharon in America were opposed and were telling all Jews coming to America to OPPOSE THIS WAR

But the Israeli Government was surrounded and was bushwhacked by the NeoCons which also were made up by Glick and Belman, and Geller carries this on in the present.

Can Israel win today with these people still around and doing the same thing in different forms? No it cannot win. It is being betrayed.

In March 2003 Patrick J. Buchanan, referring to the 2003 invasion of Iraq and the report, wrote that “Their plan, which urged Israel to re-establish ‘the principle of preemption,’ has now been imposed by Perle, Feith, Wurmser & Co. on the United States.”[4]

Douglas Feith and Richard Perle advised Netanyahu, who was prime minister in 1996, to make “a clean break” from the Oslo accords with the Palestinians. They also argued that Israeli security would be served best by regime change in surrounding countries. Despite the current mess in Iraq, this is still a commonplace in Washington. In Paul Wolfowitz‘s words, “The road to peace in the Middle East goes through Baghdad.” It has indeed become an article of faith (literally in some cases) in Washington that American and Israeli interests are identical, but this was not always so, and “Jewish interests” are not the main reason for it now.

What we see, then, is not a Jewish conspiracy, but a peculiar alliance of evangelical Christians, foreign-policy hard-liners, lobbyists for the Israeli government and neoconservatives, a number of whom happen to be Jewish. But the Jews among them—Perle, Wolfowitz, William Kristol, editor of The Weekly Standard, et al.—are more likely to speak about freedom and democracy than about Halakha (Jewish law). What unites this alliance of convenience is a shared vision of American destiny and the conviction that American force and a tough Israeli line on the Arabs are the best ways to make the United States strong, Israel safe and the world a better place.