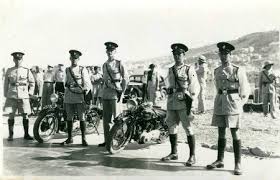 Pamela Geller and Robert Spencer are wrong about Obama and ISIL in Iraq.

And today we learn on the websites that Socialist Unity is threatening a socialist with legal action using the British reactionary libel laws. THESE THINGS ARE ALL RELATED…

BACK TO ROBERT, PAMELA AND MANY OTHER OF OUR FRIENDS IN THE ANTI JIHAD MOVEMENT

WHY THEY ARE QUITE WRONG…

The bungling bear like Bush on Saddam (2003) are really kindly bungling bears but they are just a bit clumsy and keep bumping into things. That is the analysis of Pamela and Robert and it even extends to Obama who is Islam sympathetic (at least)

That is because Pamela and Robert are themselves the servants of US Imperialism.

Look at it from this angle however. The US system of capitalism is in crisis. There could be another and deeper collapse of shares and whole economy in many countries. This pulls US elites AND OTHERS LIKE SPAIN towards Fascism and Dictatorsjhip.

The Alliance of US is more and more with the likes of ISIL, with the head choppers, and that is nothing to what they will do in the Homeland US to the workers, youth and unorthodox guys like Ed Snowden

If they were serious in opposing these Arab Muslim Fascists what would the US and EU do? They would immediately rush troops to destroy ISIL (WHICH IS ONLY A FEW THOUSANDS OF FASCISTS)

Obama ruled that out! Hillary Clinton this morning on BBC ruled that out also and supported Obama inaction! Cameron does not care! The EU governments only care about boycott on Israel.

Meanwhile as we mentioned the Socialist Unity Fascist “Lefts” are taking a legal action based on the reactionary British Libel Laws against a real socialist in Britain. Typical. That is the most Fascist thing that can be done! Stop the discussion by all means is the method of Socialist Unity.

Stopping necessary discussion and using the state libel laws is exactly what Fascists do.

4international will really examine carefully the politics of this group and we will try to answer the question as to what makes Socialist Unity so easily reach for the Libel Laws of Britain, the most reactionary Fascist Laws on the planet.

Call for the defence of Robert and Pamela against these same British Fascists in the British State Machine who banned them from Britain.