Sharon expressed this paralysis. He knew that the removal of Saddam by Bush would usher in a period of Iran dominance in Iraq and the Middle East, knew this very well based on his experience of the area, he was no fool! But he could not say so in public even though he argued with the political imbecile Bush. That seems to me to express just how unable to lead the Jewish people are all of the Jewish elites today. This leadership issue is central and creates great dangers which will only get worse!

All my reading on this subject of Israel and the way the world is attacking Israel, demands the need for a strong propaganda-like response from Israel

That is not forthcoming and under the leadership of the present groups/parties/individuals/blogs will not be forthcoming any time soon, meaning never.

That is the problem, the central problem, that dwarfs all else and is connected to Israel taking effective action to defend itself, which also it finds itself impossible to do. The Israeli elites were prepared to look elsewhere for about 7 years as the people of Sderot were bombarded weekly with hamas and Islamic Jihad rockets. They could not and did not take any action to block this which amounted to a second class citizen ship in effect being placed on these people next to this aza border.

So we have two things happening in synchronicity: the message abroad from Israel and the inability to take action to determine its future. Both of these are held together in a vicelike grip that will not let go.

The development of the world crisis of the capitalist system, with money markets as we speak more and more on edge and seemingly more vulnerable, the exposure of the world and its people to new forms of barbarity by the likes of IS flashing across our screens, and the obvious vulnerability to this by Israel, while the world as Martin Sherman says so well, corners on Israel, thus forcing Israel more and more into a Samson situation.

These are not small issues and cannot be answered in a  facile way.

Here is the kicker though. It is possible for Caroline Glick to be enraged at EU reps but at the same time not to deal with the overall crisis in a comprehensive manner. (I am all for being enraged but rage in itself, like prayer, is never a strategy)

I will give two examples that point to the new aspect to the situation faced by Jews, Israel and the world.

Those two examples in our very recent past shows that there is needed an overall strategy for Israel, Jews and the rest of us, to fight this war and it simply is not there.

It is impossible for Israel because there is no clear strategy inside of Israel on how it can defend itself and how the Jewish state can be brought forward in this situation. I need to return to that but the answer by Sherman to Bennett’s Saban tussle with Idyke is a starting point.

That may sound simplistic but it is true 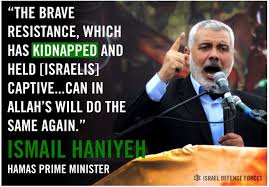