WHAT IS HAPPENING NOW IN THE MIDDLE EAST? WHAT IS THE US AND EU (EMPIRE) UP TO? WELL SAME AS IN YUGOSLAVIA IN THE 1990s! 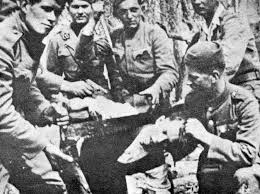 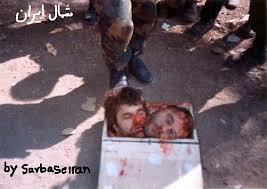 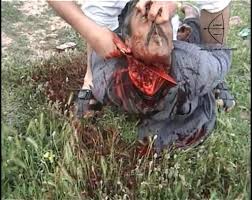 FELIX QUIGLEY PLACED THIS COMMENT ON THE MARTIN SHERMAN BLOGS (That is a Jewish Israeli blog and the commenters there were creating a situation where they were leaving out the overall reactionary strategy in the world of Empire, above all were leaving out for the readers of Sherman’s blog the role of Empire in Yugoslavia)

Felix QuigleyThe lesson of Yugoslavia is that the US (The Empire) sets out deliberately to break up states, and to impose its henchmen in order to keep control. This is what is happening now in Iraq and Syria and none of the comments above reflect that

From Wikipedia “The accords called for NATO administration of Kosovo as an autonomous province within Yugoslavia; a force of 30,000 NATO troops to maintain order in Kosovo; an unhindered right of passage for NATO troops on Yugoslav territory, including Kosovo; and immunity for NATO and its agents to Yugoslav law.

In commentary released to the press, former United States Secretary of State Henry Kissinger declared that:

The Rambouillet text, which called on Serbia to admit NATO troops throughout Yugoslavia, was a provocation, an excuse to start bombing. Rambouillet is not a document that an angelic Serb could have accepted. It was a terrible diplomatic document that should never have been presented in that form.[4]

We on 4international have thrown down a challenge to a British blog which claims to be socialist to state how is it possible to claim the revered name of socialism and NOT defend Israel from Islamofascism.

We do stand in the tradition of Leon Trotsky who in the late 1930s emerged as the greatest and staunchest defender of the Jewish people and their right to a National Homeland, which later (after he was murdered) became Israel.

We conclude that it is not possible to claim the title of revolutionary socialist and not stand shoulder to shoulder with Israel and with all Jews against the threat of a new Holocaust at the hands of world antisemitism, of which Islamofascism is one component, the attacks on Israel by the UN, by the American Imperialist Government of Bush and Rice, and by the British Imperialists such as Blair.

The threat to Israel is not just from Iran and from Hizbullah and Hamas. The threat is also from within. This is why the analysis of DEBKAfile of the recent attacks on Jews inside Israel is so important to address. END_OF_DOCUMENT_TOKEN_TO_BE_REPLACED