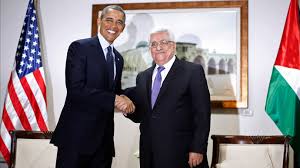 As Caroline Glick and Martin Sherman among many others are saying the whole of the Operation in Gaza has been a defeat for Israel. Israel and the IDF did not settle the issue of Hamas rockets and tunnels.

War is not casual. There is always a decisión. More than that targets always have to be set. The main problem in this case is that war was not declared and no targets were set.

Netanyahu and his group who control the Media and the State in Israel must not be allowed to ever spin it in any way that suggests a victory.

If no war was declared with clear aims that is a problem. If no targets were clearly set another big problem

War was NOT declared. Targets changed as things developed.

I am proposing that this looseness of language, action, aims, targets, is a result of how Israel is actually governed.

WAR RUN BY ONE MAN AND ONE OTHER

The war, not called a war I repeat, was not run by a cabinet with the cabinet delegating. There was no delegation. Netanyahu decided.

It was also run by the Army Generals, that is the leadership of the IDF, in which Israeli Intelligence was involved too. But not by Cabinet.

A leader Danny Dayon was expelled from the Cabinet by Netanyahu because he did not toe THIS line, which is a line of ruling through a non cabinet cabal.

This is how no decisión was made to go to war and no targets were set, which resulted in something not war but “operation” (Operation Protective Edge), and not targets of war but tactics which were changing.

All of that has resulted in a failure. Every Israeli today knows that the rockets are not destroyed and the tunnels were not destroyed (Debka reports that only tunnels within a few miles of the border were hit by the IDF. Were they all hit? No! And that leaves the whole network in this strip which lead into these tunnels. The whole strip sits now on these deadly tunnels. And the same thing with the rockets, the majority still in existence in Gaza.

Politicaly too the war is lost totally. The Obama and Netanyahu line is to bring Abbas forward. But Caroline Glick shows that this is a récipe for disaster and for the introduction of rockets, powerful with guidance, into those tunnels

Lost too because Hizbullah and Iran are drawn in by Obama to this solution. That means defeat in spades for Netanyahu and his “Operation”

The question is how to form a clear point of opposition to Netanyahu?

4international has noted what a great job Martin Sherman has done in his last article in which he records in historical detail (Ben Gurion, Begin, Sharon) how Israeli héroes sell out at critical moments.

TURN OF BIBI TO BETRAY…BIG TIME

Now it is the turn of Netanyahu to betray. Netanyahu too is a favoured son of Israel, the brother of the Entebbe Raid hero, absolutely part of Jewish folklore. Caroline Glick has noted in great detail the ACTUAL (historical detail is her strong point) role of Abbas and how Obama, Kerry and maybe Netanyahu are pushing this person to the Forefront. Note as the UN was the front for Hamas in Gaza, as Caroline points out very clearly and above all comprehensively, detail very impressive, that now it will be Abbas, UN as front for Hamas.

There are many who are voicing the above feelings of dissidence with the ruling elite in Israel from the side of patriotism. (Note the use of left and right as commonly used in Israeli politics is not allowed on this site. These terms are meaningless in the broad world) (Martin Sherman I request you to be careful in using these terms…I have strong backing in this from Francisco Gil White, Jared Israel and Richard Landes)

But meanwhile back to this war situation and how practically to proceed.

I feel that complex issues can always be reduced down to simple things. In the case of Lenin it was BREAD the people were starving, PEACE the horrific world war 1, LAND many centuries of peasant oppression. (I know this example best so I use it and I think it should be used…this is not pushing “communism” even though I do that as well, and proudly so)

I see so many plans and schemes pushed forward by Jews. I know why. They are all trying to do their best and are so fearful of the future given their past.

But I try to reduce it to a simple concept. How about “Root out Antisemitism … out of the land of Israel”. Rephrase but keep the meaning.

To my studied political position as an irishman I hold that to throw a single Stone against a Jew in Israel (or anywhere on earth) IS ANTISEMITISM IN THE EXTREME.

So go figure! What does that mean in practice? it means it is ALL antisemitism in action today!

We can ask what does patriotism or authentic nationalism mean in Israel. It can have a religious aspect but still must be practical to survive … after all all human life is practical.

The whole of the campaign by Netanyahu in this Gaza Operation was an exercise in how to provide your Antisemite Enemies with all the ammunition they need to stir up vile Antisemitism in the world.

The biggest lesson is that the world is going to accuse Israel of being Nazi etc. anyway, whether they send warnings before destroying every empty house, whether they abort missions or not. So why do it?

The biggest lesson is that last paragraph above. Study any war, anywhere in the history of warfare and you will find that you attack the enemy with force and without warning. Also you do it decisively, brutally because war is brutal, and over as short a time period as possible. In other words you seek always to pulverise the enemy.

Those are the rules of warfare. But that is not adequate for this Jewish cabal who leads Israel since 1948. They want to have special rules for the Jews at war where the Jews are to be seen by the world as super humanitarians.

Why not just go to war TO WIN, end the war with victory in as short a period as possible TO WIN AND SAVE LIFE, having achieved victory and pulverized the enemy then be merciful if mercy is possible.

The very first consideration for a new leadership, as opposed to what has been in Israel since 48, is to face this consideration at the staart of this war.

Hamas control Gaza and the UN in Gaza is an arm of Hamas.

ANOTHER CONSIDERATION A NEW LEADERSHIP MIGHT WRITE ON THE BLACKBOARD AT PLANNING STAGE:

Evidence from Mohammed el Dura/France2 and from Qana (EU Referendum Reports) that the enemy have a vast Pallywood industry in operation.

We knew totally that the enemy control all aspects of the international media in Gaza, something which happened also totally in Yugoslavia against Milosevic and the Serbs.

So why did the Netanyahu group therefore do it like that, giving every opportunity and all of the time in the world for the enemy to promote their Pallywood productions and the international media to set up their extensive and long running campaigns of vilification of Israel AND OF JEWS?

I return again to these two great assets for Israel:

Caroline Glick has showed in the latest article in great detail how Fatah also is an arm of Hamas. This has great importance for the tactics now to be used.

Martin Sherman in his latest article showed how every Israeli leader since 1948, especially those with a bit of a name for bravery like Sharon and Begin, that they were a disaster in leadership

I cannot say that a Trotskyist Party can come forward this week or even next month and it pains me to say that. Trotskyisn was wiped out in 1940 by Stalin and by Hitler and by all capitalist governments. Roosevelt promoted Stalinism.

There must now be a new organised NEW party created on a platform opposed to a SECOND Palestine Arab state in Israel. Netanyahu has of course placed himself outside of this. Such a party is in opposition to Netanyahu. But note at times in unity and in defence of too.

Martin Sherman and Caroline Glick plus many others must continue their activity, telling Jews and the world the truth, but they must do it as part of an organised party which is in opposition to the present ruling group.

Of course such a party must defend Netanyahu and others who are actually our enemies if they come under attack from the Antisemites, but that is a necessary defence against the enemy, especially necessary to enable the discussion to proceed.

This defence of our political opponents becomes ever more necessary in a period like today when there is a Muslim Brotherhood man in charge of America with all the power that Obama brings to his mission to promote the Muslim Brotherhood. I return to this theme of how to defend Netanyahu at times agains the enemy precisely because of Obamam who is a Muslim hater of Jews

Now Obama clearly sees the need and the opportunity to rescue Hamas by promoting Abbas and Fatah.

El Sisi like Mubarak remains an Antisemitic Arab. The situation not to go along with Obama support for Abbas becomes ever more critical.

The very first step is to explain to the Israeli people that the Operation in Gaza did not and was never meant to defeat Hamas.

Moreover explain that Abbas is actually worse than Hamas. They are all part of the same Antisemitic scheme in the world against Jews and Israel.

That is the single most important issue to be fought out and clarified in front of every single Israeli today, and that includes those Arabs in Israel who love Israel.

It is a political and a practical task and not a religious one that has to be carried out. In this case freedom of religion means putting an end to Antisemitism in Israel. Start there at least!