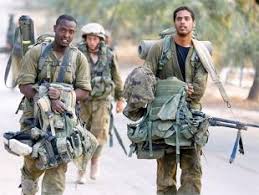 Israel is in very serious danger and it is not only from the forces of Antisemitism but also from the poorness of leadership inside Israel and of the Israeli state. This is concentrated in the bumbling activity of Netanyahu in his leadership of the Israeli state. Netanyahu needs to be forced out of power but he operates a state dictatorship. His popularity has fallen from the 80s to the present 30s inside the weeks he has been running the Gaza War

By all mathematics if this was a democracy Netanyahu would have packed his bags but there is a clique in power in Israel which is separated from the masses of the people.

Last time I checked Netanyahu was a member of the Likud Party. The immediate question is why Likud has not expelled Netanyahu?

There is a big lesson here. The Likud also refused to expel Sharon when this petty punk decided to disregard the referendum HE called (back in 2005) and which (result of said referendum) opposed him down the line over Gaza Withdrawal.

Netanyahu and his flunkeys are calling the Gaza War as NOT A DEFEAT and that is the BIG LIE.

The Gaza War of 2014 has been an amazing defeat for Israel, for Jews and for all of us like 4international who place the defence of Israel at the forefront of our political work.

This is reactionary drivel brought into the Jewish movement by agents like Ross. Who cares if you are a proud Jew or supporter like I am, if they fight anong each other or not. That is not our concern. Our business is to smash up this whole Palestinian Arab Antisemitism in total and do it now, without delay.

Here is no solution other than to fight to smash these Antisemites and it is very wrong for Ted Belman of Israpundit not to tear this guy Bernard Ross apart for this ugly genuflection in front of Antisemitism.

The task now is very clear.

The Israeli people have shown in the only way that they can show that they thoroughly dislike Netanyahu and they do not swallow the Netanyahu propaganda as advanced by flunkeys like Bernard Ross.

The Israeli people have been voting in these polls against Netanyahu and everything he stands for.

But what are these great people to do? They have no leadership and flunkeys like this “Bernard Ross” continue their poison, aided by the silence of even patriots like Ted Belman.

So what is Moyse Feiglin doing at this moment. Why is he in this Likud? Why in Likud is he not party to expelling of Netanyhau?

The same with Danny Dayon. And all of these who are saying they dislike what Netanyahu has done BUT KEEP NETANYHAU IN THEIR PARTY.

NOTE poison pumped in by Bernard Ross regular on Israpundit

Did the penny drop?

this should be interesting if true, the more internal squabbling among them the better: the pal spring?

Unless Israel seeks to annex gaza permanently there is no gain to deposing hamas. Israel’s optimum position is the separation of gaza and PA west bank.

another reason why it is better to keep hamas than abbas /fatah. When abbas dies or retires fatah will choose a new leader and it can be this guy

Gaza Ceasefire: What Did Israel Agree to?