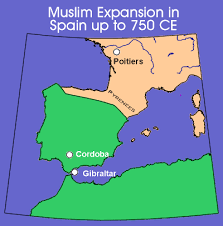 There really is only the ONE answer and it is this. It means pushing back a little bit in order to make up for past mistakes/betrayals of Jewish leaders, especially in the post 1967 Arab Genocidal War against the Jews

“The build up to the Six-Day War came from President Gamal Abdul Nasser’s call in mid-May 1967 to all Arab nations to drive the “Jew into the sea”. This was Israel’s greatest fear. It was surrounded by hostile Arab countries…” (interesting article this)

Yesterday on a local commercial radio station Pippa Jones had as a guest the Breaking the Silence ANTISEMITIC JEWISH group spouting their LIES about the Israelis having a great responsibility to observe human rights, while the “Palestinians” have a little responsibility too but not so much because there is what the Pippa Jones show called (repeatedly meaning over and over and over) an “Occupation” . Jones may even be a Jew and the owner of the radio “Talk Radio Europe” is Jewish, a guy called Martin Nathan.

As I said there is only the one answer to this. It is this: