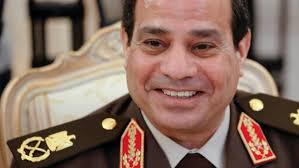 In calling for this I have not really got any illusions in the present clique who rule in Israel, whoever they are. At present it is Netanyahu. Netanyahu made no call whatsoever to defend Mubarak, nor did he make a call to defend Gadhafi, which was absolutely vital to do.

This is the essence of the United Front as proposed by Lenin and Leon Trotsky, in slightly different historical situations and conditions it is true, but the basic principles remain the same. Belman wrote back to me saying he wanted nothing to do with “Communism”. But the principles of the United Front Belman remained totally ignorant of. He closed his mind and learned nothing. An Alliance with el Sisi does not imply for one second that Israel should surrender its Independence or its right to be critical of el Sisi on any issue. The United Front Belman could ever grasp means the opposite. It is a strengthening of Independence.