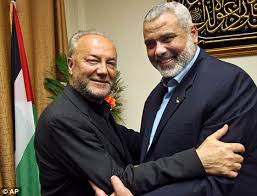 George Galloway is essentially a Stalinist hater of Israel which is the Homeland of the Jewish people.

George Galloway says that “the entire State of Israel is an illegitimate enterprise”.

From Breitbart.com … “Galloway, who just last week called for his constituency in Bradford to boycott Israeli products, academics, and even tourists, took his vicious rhetoric to another level today, implying that he believed the Jewish State should no longer exist at all.

He began and ended his speech with the traditional Muslim greeting of ‘As-salamu alaykum’, which means ‘Peace be upon you’.

He said in a speech to the crowd:

“Here’s the whole truth… the entire State of Israel is a completely illegitimate enterprise. It was founded on somebody else’s land.

“It’s simple… so far as what they call Israel is concerned… No recognition. No normalisation.

ANSWER OF 4INTERNATIONAL TO GALLOWAY

4international has one answer to Galloway and that is that Israel is completely a legitimate country for very many reasons which lie both in ancient history and in contemporary politics.

Galloway claims to be a Marxist but even here Galloway has to lie about Karl Marx who paid an important visit to Jerusalem as part of his work as a reporter for a newspaper.

Galloway says that Jews took over the area of Palestine from the Arabs. So therefore Israel is illegal.

But the answer to this is that Jews have lived in this area of the world for 3500 years as a nation. HG Wells is a major figure in English history and in English literature and he said that when Jews returned from the exile in Babylon that they were the finished article, being a complete nation, united behind a conscious history (their Bible). HG Wells knew that the Bible is not just religion but it is also a history of a people.

Jews have always lived in this part of the world. There is great proof of this in the report of Karl Marx written in 1853. What Marx found and wrote about most objectively is that in 1853 there was a majority of Jews in Jerusalem and that these Jews in Jerusalem in 1853 outnumbered Muslims by 2 to 1.

That (majority of Jews in Jerusalem 1853) was not a sudden process. If Jews were that majority in 1853 then they were also a majority in 1800 and since these things move slowly also in say 1750

I trace my own ancestors in Ireland to 1770, that is an ancestor I can put a name (personality) to. Why does Galloway not dispute my right to live in Ireland!!!??? But he does with the Jews and with Israel their Homeland.

In doing so Galloway has to trample over history and in this case the history of the Karl Marx visit to Jerusalem.

The full article is on

This is an extract and here jared Israel the author is commenting on what Marx wrote. It is important because Jared makes the important point that long before the Zionist Congresses Jews were in Palestine and in the cities were there in large numbers. This is a most important answer to Galloway and shows how Galloway falsifies history, falsifies the story, and creates a new and false story. Galloway cannot proceed without that revision of history. But note, here he is revising Karl Marx. For us on the real and true left that is important to realise and internalise:

Notice that in 1853, 44 years before the first Zionist convention in Basel, Marx wrote that there were twice as many Jews as Moslems in Jerusalem.

According to Marx, the Jews were there because their passion for Jerusalem was so great it overcame their  horror at how they were treated: “…the constant objects of Mussulman oppression and intolerance, insulted by the Greeks, persecuted by the Latins…”

EXTRACT FROM WHAT MARX WROTE

“The Mussulmans, forming about a fourth part of the whole, and consisting of Turks, Arabs and Moors, are, of course, the masters in every respect, as they are in no way affected with the weakness of their Government at Constantinople. Nothing equals the misery and suffering of the Jews at Jerusalem, inhabiting the most filthy quarter of the town, called hareth-el-yahoud, this quarter of dirt  between  Mount  Zion and Mount  Moriah, where their synagogues are situated – the constant objects of Mussulman oppression and intolerance, insulted by the Greeks, persecuted by the Latins and living only upon the scanty alms transmitted by their European brethren. The Jews, however, are not natives, but from distant and different countries, and are only attracted to Jerusalem by the desire of inhabiting the Valley of Jehosophat and to die in the very places where their Redemptor is to be expected.

‘Attending their death,’ says a French author, ‘they suffer and pray. Their regards turned to that mountain of Moriah, where once rose the temple of Solomon, and which they dare not approach, they shed tears on the misfortunes of Zion, and their dispersion over the world.'”[2]

4international stand in total and complete hostility to George Galloway. Galloway is the enemy of all progressives.

Galloway has a lot of support among certain ignorant branches of peoples. But Galloway had no real following in the working class of Britain either and he had to leave the Labour Party and ended up following the Muslim vote in Bradford.

In that sense Galloway represents the severe crisis in Britain where there is now a Muslim ISIS membership, as we speak creating such consternation in many circles because a British Muslim with a London accent beheaded an American journalist without mercy.

There is thus clearly a link between Galloway and the Islamisation of Britain.

At another time we will show the real position of Karl Marx towards Muslims and Islam. It is not Galloway’s! Galloway is exposed and beaten on all fronts today! We just need an effective organisation on the left to carry through this thorough exposure.

(Extracts are from a very important article for you to study on http://emperors-clothes.com/docs/weinstock.htm)

” And they were all held together by the Bible and by the reading of the Bible. Jerusalem was from the first only their nominal capital; their real city was this book of books. This is a new sort of thing in history. It is something of which the seeds were sown long before, when the Sumerians and Egyptians began to turn their hieroglyphics into writing. The Jews were a new thing, a people without a king and presently without a temple (for as we shall tell Jerusalem itself was broken up in 70 A.D.), held together and consolidated out of heterogeneous elements by nothing but the power of the written Word.”