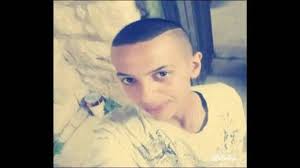 There are a couple or more of possible explanations and none involve Jews murdering this youth. Despite stupid hot heads shouting their mouths off this is just not the Jewish or Israeli way. The actions by Stern and Likud during the 1940s were actions in a war essentially against Britain

1. There is a history of the repression by Arab Islamic Koranic forces of this young boy as a gay boy. This is so well known in the area that a jewish Israeli police officer (retired) knew of this family and the rows inside this family
2. But that is only the start. The family of this boy may well have been prepared to kill him. His life may already have been in danger from his own family. This needs investigation because we now have THOUSANDS of documented cases of family members murdering their own. There is so much good work done on this by Pamela Geller who has turned out to be a real friend of those oppressed Muslims in such danger from Islam. Pamela remember is Jewish. Yet there she is helping Muslims in danger.
3. That is not all though because the killing of this youth happens just at a very particular conjuncture of events. The PA and Hamas were trembling at the prospect of war on them, serious warm by Israel following the outcry among Jews over what happened to the 3 Jewish youth murdered at Hebron. The extended phone call lasts for over 2 minutes and it shows that one of the youth rang the police, they shot them when they realised the phone call to the police was being made, but as is normal the recording kept on happening (you ever tried to end the call on one of these smartphone! Not so easy!) Thus the killing of this Arab youth becomes the work of Fatah and hamas, remember they are united now, and as part of a plan to pin it on Israel and Jews to take the heat off
4. All points to that act of Fatah and Hamas as agent provocateur in the situation. It is on the same level as the Mohammed el Dura Blood Libel, and very like the Qana set-up
5. The whole ramifications of the killing of this gay youth implicates those who benefit obviously Hamas and Fatah.
6. But if only Hamas and Fatah were alone. For one thing Hamas and Fatah are the Babies of the US Governments down the years, governments of all stripes democrat and republican. It is in the interest of the US and EU Imperialisms that they deflect the anger of the Jewish people and leave the Jewish people confused and indecisive. So the US Government at whatever level, say the CIA, may be involved in the sense that they are rescuing their “babies” in the PA and Hamas outfits. So Jews in trying to understand the killing of this Arab youth may look to Ukraine and the backing of US for fascists in Kiev
7. Then there is the Israeli ruling class itself and strange as it sounds we cannot dismiss them either because many events over the past 10 years have shown that the Israeli elites (many are centred around Haaretz, so called Labourites, Peres and Livni) do really fear their own Jewish people far more than they fear the enemies of the Jews, the descendants of the Nazis, because the “Palestinians” are indeed the continuation in the world of Nazi Jew Hatred. There is that phone call which is very damming. How could Jewish police listen to that over 2 minutes of torment and dismiss it? Is there more to come on that? At best these people in positions of responsibility (now dismissed) are unprepared and do not seem to realise they are in a war. What gives there? Perhaps just accidental! But may be a metaphor for the whole of Israel without a Trotskyist leadership to guide its thinking and practice.

Implications of the killing of Abu Khdeir

Above all it comes in the context of the Israeli Government of Netanyahu being unable to really challenge the Jihad waged by Islam against the Jewish state. Obama is in essence the plaything of Obama. This was confirmed when the IDF a week ago hit out against not ISIS but the forces of Assad. This has went seemingly unnoticed but actually IGNORED DELIBERATELY by writers like Israpundit, Richard Landes and martin Sheehan. The conclusion THERE IS NO GUIDANCE ON VITAL ISSUES OF LEADERSHIP

But further conclusion only us on tiny http://www.4international.me is noticing these things

Hundreds of comments on Thejournal.ie so far see sample of this Irish sheer hatred of Jews of commenters in action on http://www.thejournal.ie/palestinian-teenager-killed-tensions-1551195-Jul2014/ and everyone is hiding that Abu Khdeir was murdered most likely by the Arabs and no Jew was involved. Is that not the Nazi method to vilify the Jew. For what purpose? For the plans of the Arabs to Holocaust the Jews (again)

At the very least wait until the facts are known. So statement by Netanyahu widely reported is correct “Netanyahu urges ‘all parties not to take law into own hands,’ calls on police to crack case fast.”

At the same time Israel faces threat of Holocaust especially by the surrounding of Israel by ISIS and with the Iranian threat of Nuclear Bomb still there. And Israeli leaders cannot provide a way forward because remember that Obama created ISIS against Assad (initially), and thus Israeli leaders are unable to lead in this very difficult situation for Jews.

Talking of a planned Holocaust of the Jews is NOT overstating it. The Muslim world understands only the one condition of life for Jews and Christians, that of the “dhimmi”, which is that of a second or lower class subservient who pays a tax and in the case of Jews in the Ottoman Empire was forced to wear distinctive clothing or distinctive badge as part of the dhimmi “bargain”. By the way Muslim friendship to Christian and Jew as in Karen Armstrong talking about Muslim Spain is a myth. Not true. Muslim Spain was vicious and cruel.