The Obama administration spin narrative about what a great success nuclear negotiations with Iran are was already coming unglued the day after the April Fool’s Day ‘framework’ was announced. Mr. Obama, Secretary of State John Kerry, and their advisors were trying desperately to portray the endless succession of contentious talks between the P5+1 and Iran as a great success even as the Iranians spoiled all the fun by essentially calling the Americans out as liars, and declaring that what they called “the U.S. version” was “not acceptable to Iran.”

And in fact, the European Union, the French, Iran, and the U.S. have all put out differing accounts of what was actually agreed upon in Lausanne, Switzerland in late March 2015. As Amir Taheri pointed out in a trenchant 4 April 2015 piece at the New York Post, all we really have is a “diplomatic dog’s dinner” of competing and contradictory statements. It’s not any kind of agreement at all.

But if we take a step backward and consider what we already know or ought to know about Iran’s nuclear weapons program, it should become rather quickly obvious that all this diplomatic wrangling about centrifuges, enrichment levels, inspection regimes, and sunset clauses is nothing but window dressing.

That’s because the real Iranian nuclear weapons program very likely is not the one they’re all tussling over. The real Iranian nuclear weapons program long ago was withdrawn behind an impenetrable wall of secrecy guarded by Iran’s Islamic Revolutionary Guards Corps (IRGC) and the Ministry of Intelligence and Security (MOIS—Iran’s primary intelligence agency).

While it’s long been known that the Ayatollah Ruhollah Khomeini ordered the IRGC to “get the bomb” in the waning days of the 1980s Iran-Iraq war, details about the subsequent 25-year Iranian commitment to comply with that order are much less well-known.

As the so-called “father of the Pakistani bomb,” Abdul Qadir Khan, wrote in documents obtained by the Washington Post in 2010, Pakistan provided Iran with blueprints and parts for centrifuges and shared its secret list of worldwide suppliers. That’s how the Iranian nuclear weapons program got started. But neither the IAEA (International Atomic Energy Agency) nor the public knew anything about this until the Iranian opposition group, the National Council of Resistance of Iran (NCRI), blew the lid off Iran’s program in August 2002. The Iranian regime, a signatory to the nuclear Non-Proliferation Treaty (NPT), went to panic stations and came up with a plan to limit the damage. The Iran Lobby in America would have a key role to play in that damage control operation.

Much as the Iranians’ mentors in the clandestine WMD business—the Soviet KGB—had done earlier when some of its illicit weapons programs made media headlines, the Iranians conceded a few of the sites that were now exposed: Natanz, Isfahan, Arak, and later Fordow.

Lavizan-Shian, where the regime had worked on nuclear warhead design, was deemed too sensitive, so it was simply razed to the ground in 2003 and its components moved elsewhere.

Natanz, the buried uranium enrichment site where some 9,000 centrifuges currently are operating, became the centerpiece of the regime’s new information operation. It was opened to IAEA inspections, figured prominently in the IAEA’s quarterly reports, and was allowed on the P5+1 nuclear negotiations agenda.

Likewise it was with Isfahan, the conversion plant; Arak, the heavy water reactor that gives Iran a parallel plutonium route to the bomb; and Fordow, a deeply buried centrifuge facility.

Everybody was kept very busy arguing, discussing, and negotiating about the sites Iran got caught with—and now, more recently, a non-existent ‘agreement’ that each of the parties describes in its own, mutually contradictory, terms. Indeed, all the negotiating teams from the IAEA, Britain, China, the European Union, France, Germany, Russia, and the U.S. are being kept so busy that nearly everyone has forgotten all about the fact that Iran’s entire nuclear program was an illicit clandestine one until the NCRI exposed it—or that virtually every site in that program that’s now public was revealed by someone other than Iran…which the P5+1 now inexplicably wants to trust to open all its nuclear facilities to IAEA inspection.

Parchin, a military site where the IAEA believes Iran has conducted nuclear trigger explosives tests, provides a good example of how the regime deals with demands to open places to inspection it would rather remain closed: as Bill Gertz explains at the Free Beacon, they just say “no.” And, as with Lavizan-Shian a dozen years earlier, they conduct a “clean-up” operation to tear down buildings and destroy parts of the complex they’d prefer not show up in any more satellite images.

Naturally, Parchin has not been included in any of the P5+1 talks, nor has the U.S. delegation even suggested that it ought to be. It has been the same with other suspicious sites like Khondab and Lavizan-3, now revealed publicly, but left completely off the agenda. This is not to even consider how many additional clandestine sites Iran has been operating, but are as yet not revealed.

The critical issues before us then are not so much about the number of centrifuges, or which generation of centrifuges, or what level of enrichment will be allowed to Iran going forward at the show case sites: rather, we must ask why and how our negotiators have themselves been spun up to dither endlessly, but only about sites already in the public domain. Iran’s secret parallel nuclear weapons program remains unmentioned and untouched.

In Part 2 of this series, the critical role of the Iran Lobby will be examined. 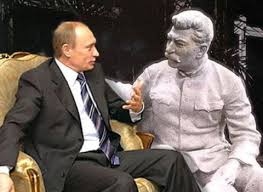